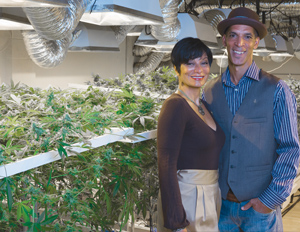 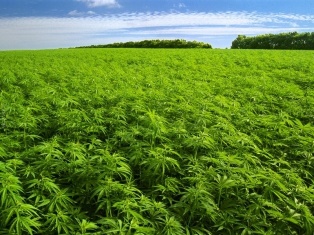 Ending Marijuana Prohibition
“Drug laws have always been used to maintain a social or racial hierarchy within this country, and it continues to this day in places like New York City and Chicago,â€ says Art Way, senior policy manager of the Drug Policy Alliance of Colorado, “where 85% of all the drug possession charges are young black and brown people.â€ Regulations and restrictions on the sale of Cannabis Sativa as a drug began as early as 1619. Restrictions increased across the country in 1906 followed by prohibition in the 1920s. Cannabis was regulated as a drug in every state, with 35 states labeling it a narcotic, by the mid-1930s.

Today, much of the legalization resistance comes from baby boomers. “Many of those over 50 years old or who came from the old civil rights guard did not support marijuana legalization and really took a hard line in the drug war,â€ says Way. That hard line is expected to soften now that the numbers show the disparate and selective discriminatory enforcement of the drug war.

Way and other members of the DPA are appealing to black small business owners to engage in the emerging market. “Those who are able financially without the criminal background to prevent them, that’s the specific demographic that we’re trying to reach.â€
In order to reach them, Way says they’ll have to help erase the stigmas. “We need to educate members of our communities. Let them know that the opportunity is available for those of us who are able to engage on a higher level or to be at the level of ownership. We need to talk about the potential harms of marijuana and actually base that conversation on science as opposed to the propaganda we’ve had under prohibition.â€

Way says the goal is to get the federal government to allow states to decide how they want to deal with marijuana and possibly end the federal prohibition. Medical marijuana legislation appeared on November ballots in Florida, to which voters said no in Florida, while Alaska, Washington, D.C. and Oregon voters said yes to the legalization of recreational marijuana.

The American Medical Association doesn’t endorse recreational or medical marijuana, but it does support changing strategies and expediting research for clinical trials. However, some statewide groups such as the California Medical Association (representing more than 35,000 physicians) endorse marijuana’s medicinal value and urge legalization. Not only is the attitude among medical professionals changing, but so is public support. A Pew Research poll shows those in favor of legalizing marijuana use is at an all-time high of 54%. Moreover, 76% of Americans oppose jail time for possession of small amounts of marijuana.

James believes that by 2016 another 11 states could legalize marijuana, and that the DEA could declassify cannabis as a dangerous substance. States would then adopt their own regulations, she adds, pointing to the 25-page application required to get licensed and registered with the secretary of state in Colorado. “Once it is dropped from Schedule 1, it will remove a lot of the penalties people are facing associated with this drug.â€
–Additional reporting by Richard Spiropoulos