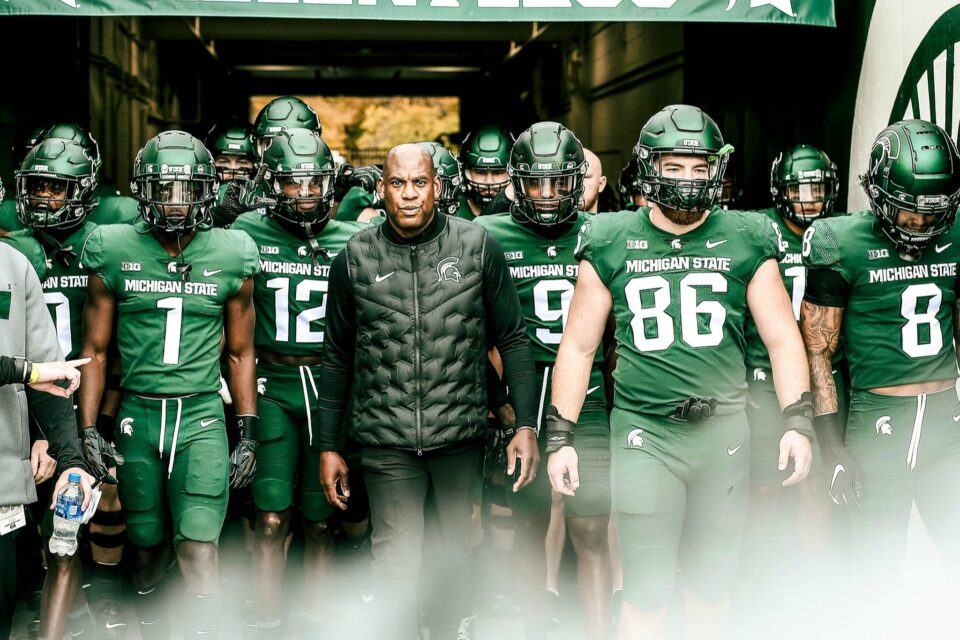 Michigan State University (MSU) is preparing to offer its head football coach Mel Tucker a 10-year, $95 million contract extension that would make him the highest-paid Black coach in American sports.

If Tucker, 49, and MSU reach an agreement, he will be the highest-paid coach in the Big Ten Conference, surpassing Penn State University’s James Franklin’s six-year, $38.2 million deal.

According to the Detroit Free Press, which first reported the offer, MSU alumni Mat Ishbia and Steve St. Andre will donate the private funding to the university for Tucker’s raise.

Louisiana State University Head Coach Ed Orgeron, the second-highest-paid coach this season, will be leaving the university at the end of the year, and Tucker’s name was being kicked around as a replacement, prompting MSU to draw up the extension for Tucker. If LSU, in fact, offers Tucker a contract, it could start a bidding war that could raise the salaries of Black coaches across multiple sports.

Tucker came to MSU from Colorado in February 2020 after former coach Mark Dantonio’s retirement. Tucker went 5-7 in his one season with Colorado. In his first season with the MSU Spartans, Tucker went just 2-5 as the coronavirus pandemic turned college football upside down.

However, this season Tucker and MSU are enjoying their best season since 2017, sporting a 9-1 record going into their game against Penn State University Saturday. The Spartans are the No. 7 ranked team in the country with an outside shot at making the College Football Playoff.

Tucker’s extension marks a significant win for Black coaches, who typically have to wait longer to get offered head coaching positions and are often fired before the team has a chance to improve. Currently, Tomlin and Miami Dolphins head coach Brian Flores are the only two Black coaches in the NFL. New York Jets Head Coach Robert Saleh is Lebanese.

The Institute for Diversity and Ethics in Sport (TIDES) 2019 College Racial and Gender Report Card found that 48.5% of the players on the FBS level are Black. However, just 7.3% of FBS head coaches are Black.