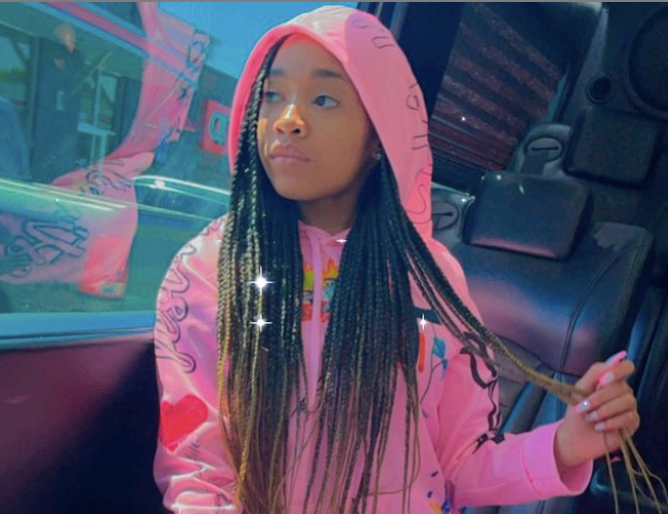 Although colonizing cornball of crunk, Addison Rae, responded to backlash over her lackluster appearance on The Tonight Show with Jimmy Fallon, one Black TikTok dance creator decided to respond to the controversy.

Mya Johnson,15, spoke with TMZ about her excitement over seeing her choreography and then her disappointment when she saw Rae not crediting her for her work.

“I was shocked and I was really happy ’cause it’s like my challenge made it all the way to TV, which is like—that’s crazy.” Johnson said.“But then as I started to think, I was like dang, I wish that could’ve been me and Chris [Cotter] performing our own challenge at his show.”

Johnson and Cotter choreographed the “Up” number Rae performed on the late-night talk show in February. Initially, the young woman wasn’t given credit for her routine, but Fallon and Rae righted the error after social media cried foul over the jacking.

The teen insisted there’s no beef with the young Columbusing queen.

“Just to clear the air, it’s not nothing much against each other. So I would still be open to do those types of different things. We’re still teenagers,” she concluded.

The dynamic young lady also spoke to Pop Sugar about the increasing number of Black creators’ work being stolen.

“This isn’t the first time this has happened, and I don’t want it to continue. I feel like it is very important for us to get our credit because we are very good creators that are very overlooked in what we do.”

“I felt like it was not as genuine, but I definitely don’t feel that her going through this whole situation, I don’t think that she had any bad intent.”

After the backlash, Rae uttered a lame excuse that was a “sorry not sorry.”

“I think they were all credited in the original YouTube posting,” Rae said. “It’s kinda hard to credit during the show. But they all know that I love them so much, and I support all of them so much. Hopefully, one day we can all meet up and dance together.”

She added, “I had so much fun. I’m very grateful and thankful. It was a great time.”

Although Johnson’s response was hella gracious, it goes without saying that if Rae and Fallon wanted to credit the creators of these hyped dances– they would have decentered whiteness.

In place of her room-temperature milk rendition of said dances, Rae could have easily recommended that the dancers perform their gigs– as she had to learn the routines from somewhere.

And if Fallon were serious about giving Black creators their propers, he would have done his homework.