Real-Life Success: How My Mentor Helped Me Excel 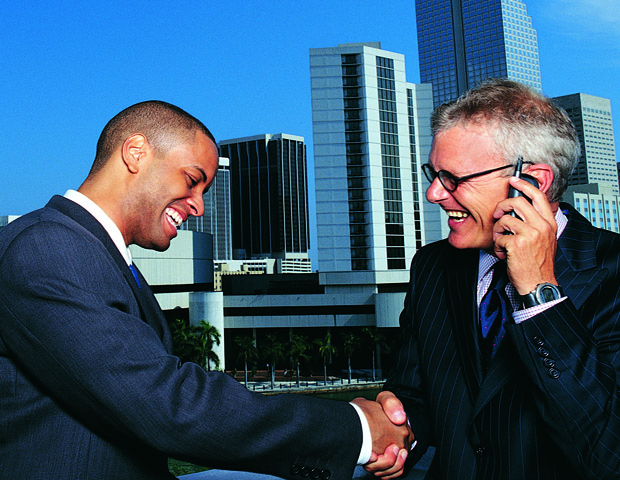 Christen Rochon has known her mentor LaVette Rochon for her entire life, with LaVette being Christen’s mother.Â  Many times, children want to get away from their parent’s rules and advice as quickly as possible, but the Rochon relationship is different. Daughter Rochon is the oldest of seven children and always felt a special bond with her mom. “As the oldest, I had to grow up quickly, so our relationship was more like friends than traditional mother/daughter,â€ Christen says.

The Website daughter she created, DivasandDorks.com, merges fashion and technology, which is not quite the same as what mom Rochon does as communications clerk at Perfecting Church, but daughter Rochon finds her career advice invaluable just the same. “When it comes to business decisions, she’s the first person I’ll call, and it’s not a ‘pat on the back’ type of conversation,â€ Christen says.Â Â  “We go through the real pros and cons of the decision.â€

Five years ago, she turned down a position as a copywriter for Playboy, mostly after her mother’s advisement. The job would have moved her to New York City, a place she wanted to be, but after weighing results of the decision, she realized it was not the right career decision at that time. Â Patience paid off.Â  Two years ago, her job at CBS transferred her to New York and not too long after that, she was able to transition into working on her Website full time.

Tap into power of female support. Christen’s mom LaVette says it’s crucial for young women to have older women as role models and advice givers.Â  “Young women must take an active approach in how to thrive, not just survive,â€ she says. ” We do not cultivate the type of relationships that we should with younger women. We should actively look for protÃ©gÃ©s. That’s how you live forever.”

Take advice but — at the end of the day — know how to discern what’s best for you. Mother and daughter talk on the phone every couple days.Â  Their most recent conversation was about Christen adding content focused on relations to her Website. (a subject of which she finds abundant source of comedic material from her own dating life). LaVette thinks such a move would cause already busy Web entrepreneur to be spread a bit too thin, but the younger Rochon is still contemplating the idea.

To determine whether you have the best mentor candidate, use this mentorship checklist.