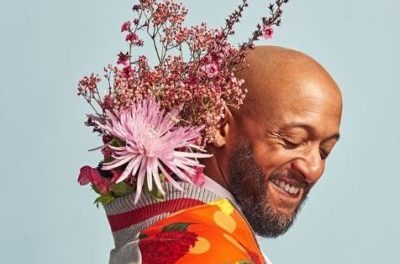 Prep Curry is a designer with a bold style. After taking big risks to make it, he partnered with Banana Republic. Credit- Instagram

“I didn’t go to school for fashion; I went to “YouTube University.” I pretty much watched nothing but YouTube. The challenge behind that is no one is in front of you; no one is telling you when you’re doing something wrong — you have to learn it on your own. But that’s a reward as well. You’re learning at your own pace; you can teach yourself; you have no one limiting you on what they’re teaching you. If you go to school and they make you sew maybe two hours, you’re only going to sew those two hours. If you’re self-taught, you will put 24 hours towards that [learning] and just try your best to keep going because no one is telling you to stop,”  Curry said on Banana Republic’s website, during an interview.

Curry also explained that his capsule collection emerged after he participated in New York Fashion Week. Brandice Daniels, who is the founder of Harlem’s Fashion Row, gave Curry an opportunity to come to New York. To cover trip expenses, which Curry could not finance, the designer shared his opportunity on social media. Supporters helped him by sending funds his way through Cash App and PayPal.

One piece of the puzzle led to the next. During the interview with Banana Republic, Curry also shared that Mark Breitbard from Banana Republic, shared a conversation with him. Curry took a chance and mentioned that he would like to do a collection and collaborate with the company. He was later flown to Banana Republic in California. And at some point, he left Memphis, Tennessee, Curry to pursue opportunities in Los Angeles, with just $6 in his account. Although he did not have a safety net, Curry pushed forward, in hopes of doing something better. The designer also revealed that he moved 31 times— and even experienced homeless at one point—over the course of his five-year journey.

On Curry’s Instagram account, the designer is clearly in a joyful mood, while expressing gratitude and happier sentiments. He thanked supporters and decision-makers for giving him the life-changing opportunity to shine.

“Means a lot! Once again, thank you @brandicedaniel, and the Harlem’s Fashion Row for a wonderful experience in the NYFW fashion 2019. You guys helped birthed this collaboration, thank you for giving me the opportunity to meet the right people from @bananarepublic, THANK YOU!!!!” Curry said while tagging others in the post.

Sean DaSilva, Senior Recruiter, Portfolio Stores, also shared news about Curry on LinkedIn. In DaSilva’s role, he works with a host of brands, including Banana Republic. 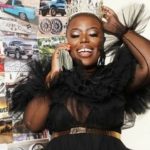 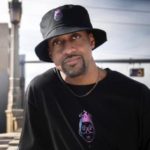