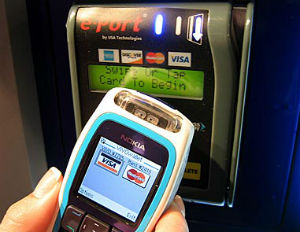 Users who download your app want to hear from you. That’s why they have you on their phones in the first place. You have to strike while the iron is hot to capitalize on this advantage.

Brooks says, “We are still in the early adopter phase for mobile app advertising. With Internet technology, there’s phases that happen as things proliferate. When Facebook was coming on the scene it was a less crowded market place. Fast forward to today, the window of opportunity for Facebook is gone – because every business has a Facebook page — when everybody is doing it, it’s just harder to breakthrough.”

Think about a world where every single small business has a mobile app. There are only so many apps a consumer is going to download. Be one of the first.

Social Media expert Karla Ovalle, says “A few years ago I would mindlessly click ‘Like’ on a Facebook page while surfing the web. These days I’m a lot more conscious about what I like on Facebook. It’s the same with most people.”

Brooks agrees. “It’s going to be harder to sell a user on a mobile app in two or three years just like now it’s harder to get people to like a Facebook page. The windows of opportunity are right now. Mobile apps are a huge opportunity for the early adopter. Businesses that are smart, who get into it now will have an easier time getting their users to download a phone app today than they will in two or three years.”

When a consumer downloads your app, they’ll see your ads every time. It’s called Push Notification. Brooks explains it this way. “Best part is that they want these messages sent to them from you. So they are more likely to consume the advertising message than with typical interruption marketing methods. It’s is a home run”.

People use their phones for personal messages and conversations. An ad tailored to expectations or needs conveys a sense of intimacy and helps you get repeat business. Focus on low-pressure pitches and maintain a sense of friendliness with your customers.