Venus Williams, Shaq, and Other Athletes Scoring with Franchising 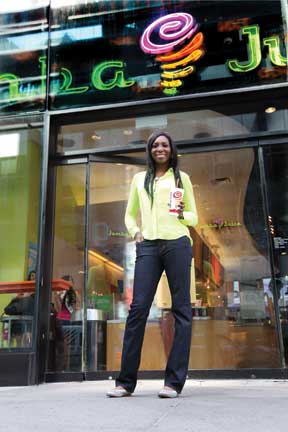 “There is a whole squad of active and retired athletes entering the franchising arena. Among them: Jamal Mashburn, Keyshawn Johnson, and Shaquille O’Neal. Professional athletes are becoming more conscious about the longevity of their careers and are placing more efforts toward planning for a life beyond sports,” says Michael Stone, founder and executive director of the Professional Athlete Franchise Initiative.

Launched in 2011, PAFI, in partnership with the International Franchise Association, helps prepare athletes for a second career in franchising by hosting an annual summit and providing educational certificate training workshops. There are also mentorship and apprenticeship programs. PAFI has charter membership and alliance partnerships with franchisors, suppliers, and organizations such as the National Basketball Retired Players Association. Some 40 PAFI charter members include such brands as Dunkin’ Donuts, KFC, 7-Eleven, and Jersey Mike’s Subs.

A retired NFL player, Stone saw an immediate need for resources for athletes transitioning from professional sports. The idea came to him after a meeting with Ulysses “Juniorâ€ Bridgeman, CEO of Manna Inc. in Louisville, Kentucky (No. 5 on theÂ  be industrial/service companies list with $551.8 million in revenues).

“I heard his story and felt it was something that could be duplicated by other athletes,â€ Stone says.

A former NBA shooting guard for the Milwaukee Bucks, Bridgeman bought his first five Wendy’s franchises to generate income while he planned his next career move. He turned his athletic fortitude into a fast-food empire that today boasts 165 Wendy’s and 126 Chili’s restaurants in 11 states. Stone notes that there are more than 40 active and retired athletes involved in franchising.

PAFI strives to educate players about franchising opportunities once they enter the league since their income immediately stops at retirement. The biggest challenge is getting them to manage their expectations.

“There are a lot of perceived quick upsides,â€ Stone says. “We explain that this is a franchise, you are not going to double your money in year one. You are going to grow your wealth very slowly.â€

PAFI also stresses to athletes the need to be actively involved in the early stages of the business. This requires finding the right people to operate the franchise.

“The biggest failures happen when you don’t find the right partners and you just put people in place because they are closest to you, like family members,â€ Stone says. “You have to select good operating partners that have experience.â€