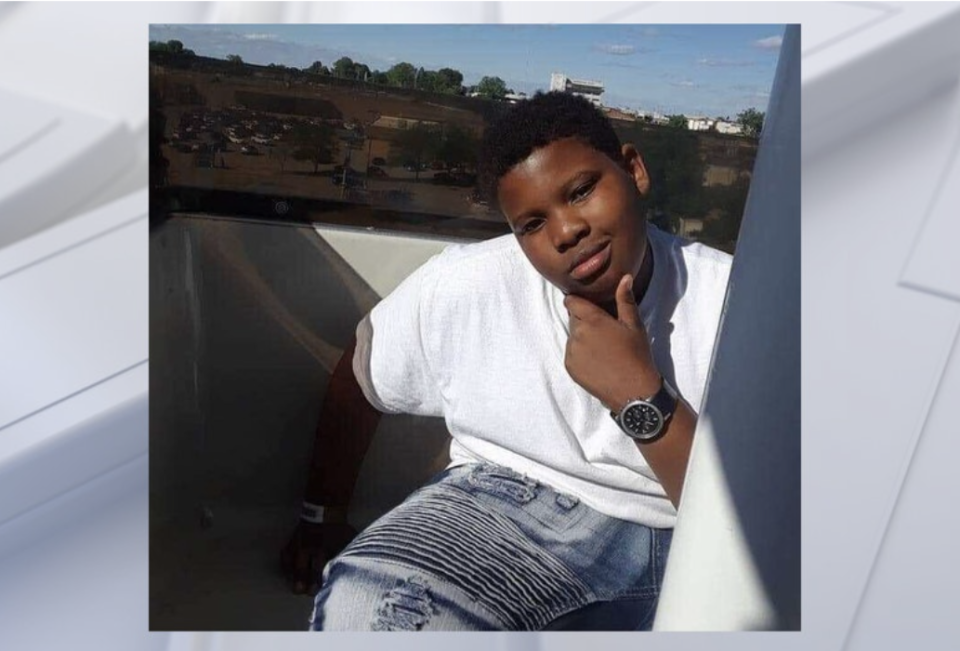 (Photo courtesy of the Sampson family)

A spring break trip to Orlando went from fun in the sun to tragic for a Missouri family after losing a loved one at a Florida amusement park.

Fourteen-year-old Tyre Sampson fell to his death from the Free Fall drop tower at Icon Park on Thursday night. The teen was visiting the tourist spot with his football team. Fox 35 Orlando reported that emergency services came to the park after a caller phoned 911. Witnesses at Icon Park told Orange County deputies they watched in horror as Tyre fell from the Free Fall.

WFLA obtained a recording of a 911 call where the caller identified that Tyre was unresponsive with blood at his feet. She also revealed that he wasn’t secured properly on the ride.

Montrey Williams expressed the chaos that ensued once people realized what happened at the scene.

“At first, we thought it was a piece of the ride or whatever until we got a little closer, and it was a person laying on the ground. Everyone was just panicking and screaming.”

The Missouri native was taken to a local hospital, where he succumbed to his injuries.

“It appears to be a terrible tragedy,” Orange County Sheriff John Mina said at a press conference on Friday. “Our prayers and thoughts are with the family.”

Police and the Florida Department of Agriculture and Consumer Services are investigating the incident. The latter agency is responsible for the safety and inspections of rides and other attractions in the state.

Tyre’s father, Yarnell Sampson, told Fox 35 Orlando that his son expressed fear before riding on the Free Fall. The 14-year-old teen, because of his massive size, was unable to ride most of the rides. He stood at 6’5 and weighed 340 pounds.

“He was panicking when he was going up,” Yarnell said. “When the ride took off, that’s when he was feeling uncomfortable. He was like, ‘What’s going on?’ That’s when he started freaking out, and he was explaining to his friend next to him, ‘I don’t know, man. If I don’t make it down, please tell my Mom and Daddy I love them.’ For him to say something like that, he must have felt something.”

“This one particular ride said, ‘We can take you, come on! Get on!’ No one else allowed him to get on the ride, so I’m wondering what happened between now and then that made them say, ‘Come on, get this ride!”

Yarnell shared with the news outlet that he found out about his son’s death from the devastating video footage that circulated online.

The grieving father wants the public to know how exceptional Tyre was.

“Fourteen-year-old young man. He was an honor roll student. The young man had a bright future,” he said. “Last season, they had a good football season. Went to nationals. Could have been a recruiting trip – wasn’t sure? It was something in that nature. He was a team player. He was the type of young man that’d take the shirt off his back and give it to you.”

WESH spoke with the man who recorded the terrifying video. Ivan revealed that he was with a group of friends seated in two seats from Tyre. He also detailed that though he opted out of riding the Free Fall, a female companion was heard on the video expressing concern over the lack of secondary seat belts with the harnesses.

“Why doesn’t this have the little clicky click? The seatbelt,” she asked a ride employee.

“In most rides, you have your harness that pulls down on you. But you also have the additional secondary seatbelt,” he said. “This does not have that. And it’s really concerning especially being a new ride, not to have that.”

Ivan said his “heart sank” when he discovered that Tyre was just a kid.

“When I heard that he was 14 years old, my heart sank. Literally, I’m heartbroken about it.”

“This could have been one of my friends that it happened to,” he said. “It’s not what you would expect from a ride in the heart of Orlando. We’re known for our amusement parks, for our thrill rides.”

The Free Fall at Icon Park stands at 430 feet, and the drop measures 400 feet. As the ride drops, speeds can get up to 75 mph. The attraction opened in December 2021.

Our prayers go out to the Sampson family.