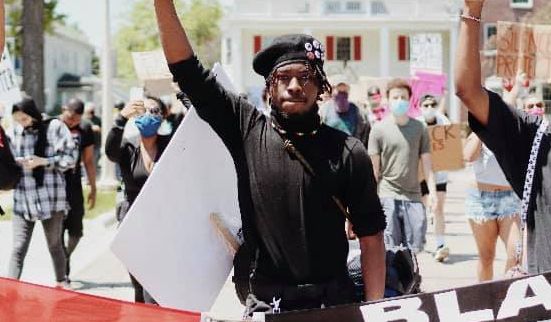 After learning about last year’s tragic police killing of George Floyd and also witnessing the remnants of police brutality and racial injustice in this country, a young Black man in Lansing, Michigan, decided to form a party that would be reminiscent of the original Black Panther Party.

According to Lansing State Journal, 22-year-old Lansing resident James Henson has started a group in the original Black Panthers’ image, the Young Black Panther Party. Its website states: “We fight for what is right we believe that our freedom means more then anything. We fight for the future of our kids we fight for elders because they are the library of our history we are here to help out the black community to. Help out the homeless help out the kids in school we are here to clean the community clean up the streets find ways to support our people so if you want to know morn about us it is very simple. We are The Young Black Panther Party we not only here to support also here to do things and fix things.”

Henson’s group is not aligned with the New Black Panther Party and already has chapters in Ohio and Washington, D.C. The YBPP identifies itself as anti-fascist, anti-racist, and anti-capitalist as they believe in Black pride, gun rights, and African American socialism.

“I always wanted to start something like this, but I never really had the time,” Henson tells the Lansing State Journal. “Since there was COVID with everything on pause, I found this opportunity to bring Black people hope in Lansing.”

The State News reports that Henson wants to replicate the mission of the original Black Panther Party, which was started in 1966 by Huey Newton and Bobby Seale. The party was originally created to help monitor police activities in the Black community but it also moved onto social projects, such as giving out food and opening free health clinics.

“Right now, I am donating some seeds to Black families that know how to plant,” Henson said.

The donating of the seeds is the beginning of a larger project for Henson and his party as he is aiming to establish gardens in Black communities in order to feed families and teach them how to grow their own food.

Henson has planted his own seed so that the Young Black Panthers can be a team for the Black community.