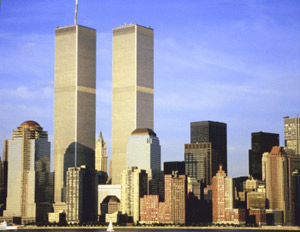 Do well by doing good. Weeks after 9/11, another BE 100s Wall Street titan Bernard Beal, CEO of M.R. Beal & Co. (No. 5 in taxable securities with $1.57 billion in lead issues and No. 3 in tax-exempt securities with $2.2 billion in lead issues on the BE INVESTMENT BANKS list) admitted that when he and his staff were forced to leave their offices near the World Trade Center the firm “lost hundreds of thousands of dollars because of the attack.” He’s always believed the best way to tackle a crisis is through communications, informing his team and clients and then charging full steam ahead with his agenda. So not one to let terrorists torpedo his company, Beal wore protective gear and went back to his Wall Street digs to work the phones and close deals.

Beal, however, found another way to become involved in 9/11 relief efforts and advance its reputation. On September 12, the firm helped one of its clients, Numotech Inc., a Northridge, California medical device company, get supplies to burn victims at New York area hospitals by working with then-Sen. Hillary Rodham Clinton‘s office. Due to the success of Numotech’s new, inventive wound-care product in aiding patients, the federal government awarded the company a contract to sell the device to its agencies and, in turn, Beal was able to generate investor interest in a private placement offering.

9/11 proved that the only event that can be anticipated in business and life is the unexpected. That’s why leaders must have core principles to move their organizations forward whether it’s Chenault’s ethical approach to responsibility, Rice’s urgent response to promote solidity or Beal’s constant communication to identify and pursue opportunity. It all starts with making connections with people, understanding their anxieties and issues.

In his many interviews on leadership, Chenault’s best definition comes from, of all places, the 19th Century French Emperor Napoleon Bonaparte: “Define reality, give hope.â€

Although two centuries old, it’s the right course for leaders dealing with the uncertainties of our post-9/11 world.