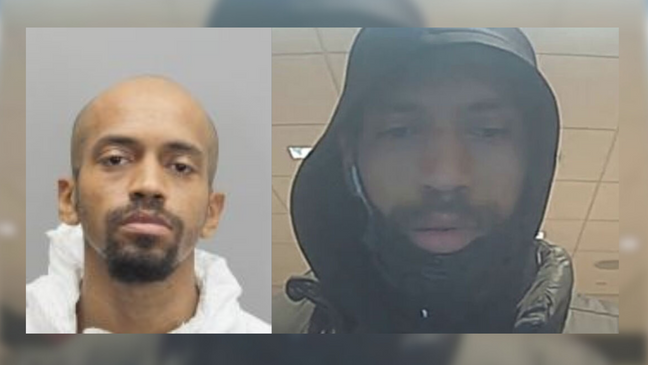 On Tuesday, a 30-year-old homeless man was arrested in Washington DC in serial shooting attacks on fellow homeless people.

Police caught up to Brevard at a DC gas station. He was wearing the same clothes he had on when he allegedly shot two victims in Manhattan on Saturday.

Investigators say Brevard would scout the area before shooting his victims. Surveillance footage shows him walking around the block before pulling the trigger. Police found .22 caliber shell casings at all five crime scenes. One chilling video shows Brevard stalking one of his victims who was asleep before opening fire.

NEW: Video of @ATFWashington takedown in Washington DC at 2:30 this morning. Gerald Brevard III, 30 is the suspect in custody for allegedly shooting of 5 homeless man, two did not survive. @PIX11News pic.twitter.com/X0QxXosFeJ

Brevard was charged with first-degree murder in the March 9 shooting and stabbing death of 54-year-old Morgan Holmes, NY Post reports. He was also charged with assault with the intent to kill and assault with a dangerous weapon—in connection with two earlier incidents.

Brevard is also a suspect in two additional attacks, but police haven’t found enough evidence to charge him, James Essig, the NYPD’s Chief of Detectives said.

A family member confirmed that Brevard is also currently homeless and has been intermittently staying at a great aunt’s house in Maryland.

“When he wanted to be off the street, he came, you know, to seek solace right here at my mom’s house … she would take him in every time,” cousin Dearell Brevard Sr. said. “He would come in and out, stay a couple of nights and continue to move on.”

The cousin noted how “shocked” the family is by the arrest. Brevard’s father, Gerald Brevard Jr., 54, revealed his son has always struggled with mental health issues.

“My son never had a violent bone in him as far as I know,” Brevard Jr. said. “He had mental problems … He wasn’t himself. He’s talking in the third person and stuff like that.”