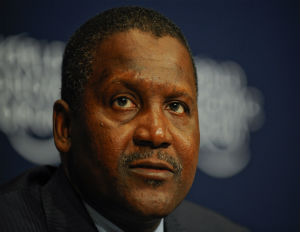 Alakija works in various industries across fashion, printing, and oil. She was ranked the richest woman in Nigeria and listed as the 96th most powerful woman in the world by Forbes in 2014. At the age of 7, Alakija traveled to the UK to go to school; she returned to Nigeria for high school. After graduating from college in Lagos, she began her career as an executive secretary. Soon after, she established her own tailoring company, Supreme Stitches, which became an instant success and garnered national recognition within several years. She became national president of The Fashion Designers Association of Nigeria andÂ promoted culture though her clothing. She also earned her oil prospecting license and entered into a joint agreement with Star Deep Water Petroleum Ltd. in 1996. Last year, the business magnate was appointed vice chairman of the National Heritage Council and Endowment for the Arts by the Nigerian federal government.