4 Ways to Prevent Debt Collectors from Contacting You on Facebook 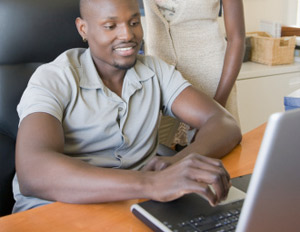 Facebook is a great way to keep in touch with friends. Unfortunately, some debt collectors are also using the social network to track down debtors. The practice is becoming so common that it’s even gotten the attention of regulators at the Federal Trade Commission.

The Fair Debt Collection Practices Act was voted into law in 1978 to protect you from being abused by debt collectors. Under the statute, collectors aren’t allowed to contact third parties about your debt. Exceptions include the original creditor, a credit reporting bureau, and your lawyer. A collections agency can contact a third party in cases where they need information about your current location. Also know that a debt collector can contact your spouse, anyone who co-signed the debt, or your parents (if you’re a minor), unless you’ve asked the debt collectors–in writing– to cease all contact. The FTC is still deciding whether contacting debtors on Facebook violates any debt collecting laws. But until that’s been decided, here are a few steps you can take to prevent a debt collector from reaching you this way.