5 Game-Changing Devices to Expect in 2013 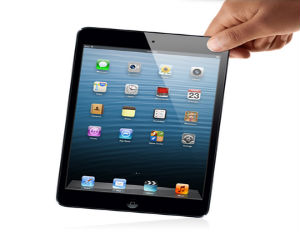 With a new year upon us, we can expect numerous new gadgets and repackages spinoffs from today’s most popular brands. The Samsung Galaxy S3 and Apple’s reigning smartphone champion, the iPhone 5, both went out making lots of noise last year. However, technology just keeps getting better and better; not to mention, dozens of other companies in the tech industry are creating innovative things that keep us glued to their brands. Take a look at several game changing devices expected to launch this year:

Will there be another iPhone release? Most likely. Apple‘s only option to stay ahead of its class is to release newer versions of its bestselling item, the iPhone, to compete with Google’s multi-platform monster, the Android. There are typically minimal changes and enhancements to each newly-released iPhone, but this means a lot to consumers who pride themselves in toting the latest gadgets.

According to leaked information,Â Apple has been testing new hardware, referring to it as the “iPhone6.1,â€ powered by a device running iOS 7. It’s expected to be released by Apple in the middle of this year. Apple’s current iPhone 5 has the “iPhone5.1” and “iPhone 5.2” identifiers, which are based on the LTE model of the handset and the 4G band network it runs on.Â The next gen iPhone may even come in a few different colors, according toÂ MacNewsWorld.com.

Continuing with their premium Galaxy line, Samsung is gearing up to renew the design of their flagship smartphone, along with some new features sometime this year.Â Rumors of the device having a 5-inch or larger screen to a possible flexible screen design (to be shown by Samsung at CES) are just a few of the impressive changes to be made to the Galaxy S3’s successor.