5 Facts You Should Know about Women's March on Washington 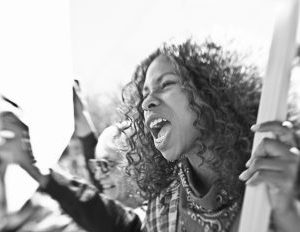 Officials predict that thousands of women (and men) will descend upon Washington D.C. on Jan. 21; not for the Trump inauguration, but to protest by way of the Women’s March on Washington (WMW).

However, the mission of the WMW is not to simply protest; but to empower women to move forward and “…send a bold message to our new government on their first day in office, and to the world that women’s rights are human rights.â€

The march previously came under scrutiny due to perceived division amongst coordinators and participants regarding actions and discussions relating to race and privilege. While many looked at this action as a moment to converge and delve into intersectionality to progress, others, mainly white women, felt they were being alienated.

Historically, the women’s rights movement, with all of its nuances, has typically been racially divided. Many, including the organizers, acknowledge that the traditional women’s movement overlooks issues that women of color need to have addressed. The organizers told the New York Times, that “they made a deliberate decision to highlight the plight of minority and undocumented immigrant women and provoke uncomfortable discussions about race.â€

In the end, the national committee and dozens of independent coordinators at the state level set the stage for one of the largest grassroots protests against the Trump presidency. They seem to be in it for the long haul–to use this opportunity to educate and empower women to take both social and political change in their own hands.

If you’re still on the fence about supporting the action, here are few things you may not know about the march:

1. Women of color are a big part of the march leadership
According to the Times, Bob Bland, a New York-based fashion-centric social entrepreneur, started the effort via Facebook. AÂ number of interested parties recommended she add women of color to help helm the march.

As a result, Carmen Perez and Tamika Mallory joined the effort as national chairs. Perez, a 20-year veteran in the fight for civil rights, is the co-founder of Justice League NYC and founder of Justice League CA, two state-based task forces for advancing the juvenile and criminal justice reform agenda. Mallory, a long-time social justice leader, worked closely with the Obama administration as an advocate for civil rights, gun violence, and other social issues. Mallory also served as a national organizer for the 50th Anniversary of the March on Washington.

Soon after those two joined, activist and organizer Linda Sarsour joined the leadership. Sarsour serves as executive director of the Arab American Association of New York, co-founder of Muslims for Ferguson, and a member of Justice League NYC.

3. You don’t have to be in DC to attend the march.Â
Women around the globe will march in solidarity with the Women’s March on Washington on Saturday. There are a number of sister marches that will occur all around the world simultaneously with WMW. If you can’t make it to Washington, D.C. on Jan. 21, join or host a sister march near you.Â As of Jan. 20, there are currently 616 sister marches planned with an estimatedÂ 1,364,010 marchers.

4. A number of resources available to those planning to attend the march include, but are not limited to:

5. The Women’s March on Washington launched its Youth Ambassador program.
According to the organizers, the program “specifically targets the activism, interests, and unique perspectives of our child, adolescent, and teenage populations. We aim to provide a platform of civic engagement where our youth can make their voices heard.â€

Are you planning to attendÂ the Women’s March on Washington or a sister march? Let me know #WHYIMARCH on Twitter @kwild.