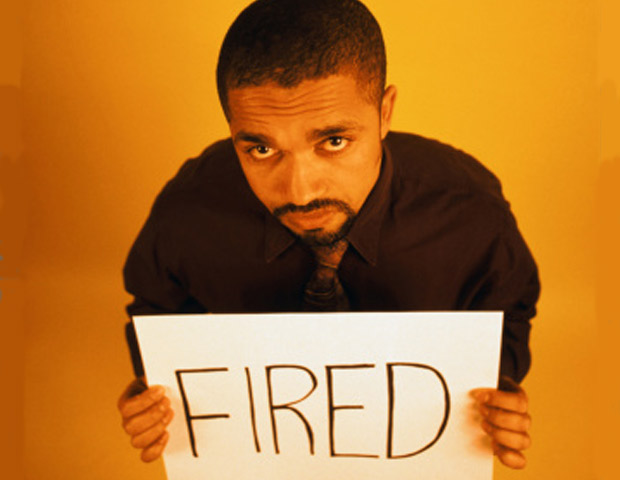 No one likes to hear or see those words made infamous by Donald Trump on The Apprentice: You’re fired. And though it’s a normal and prevalent part of doing business, sometimes the practice of termination gets a bit sticky—outrageous even.

As news outlets and social media continues to buzz on social media about a Des Moines Man who was fired after using a forklift to free goodies from a snack machine, check out a five other cases of terminations that caused side eyes, scandal, lawsuits and utter outrage:

When Blogging Goes Wrong: Ellen Simonetti, a former flight attendant for Delta, was fired in 2004 after her employers discovered her blog, “Diary of a Flight Attendant,” which documented her life and career along with world news. Delta took issue with photos she posted on the blog where she’s in uniform, deeming the photos inappropriate. Simonetti in turn sued, citing sexual discrimination, indicating that male counterparts who had blogs were not disciplined or fired.

Too Sexy forÂ  … Existing: An Iowa Supreme Court ruled in 2012 that a dentist acted legally when he fired an assistant he found attractive after he and his wife viewed the woman as a threat to their marriage. The all-male court ruled 7-0 that bosses can fire employees they deem an “irresistible attraction,” even if the employees have not engaged in inappropriate behavior.

Sports Fan Faux-Pas: In 2011, a Chicago car salesman was fired for showing his love for the Green Bay Packers at work. John Stone told reporters he wore a Packers tie to workÂ  to honor his late grandmother, who was a big fan of the team. His boss, Jerry Roberts said the dealership had done promotions involving the Chicago Bears and that he feared the tie could alienate that team’s fans and make it harder to sell cars.

Hair-Raising Scandal: In 2012, Louisiana newscaster Rhonda Lee was fired after responding to racially charged remarks about her short natural hairstyle. The exchange happened on her the Facebook page of her employer, KTBS 3 News. The station cited the reason for termination as violating company procedure. Another black woman in Baltimore was fired from Hooters in 2013 allegedly because of her blond highlights. She was told, according to reports, that her termination was due to ‘”improper image.” And yet another woman in Missouri faced threats of termination from her job at a loan company in 2013 for sporting dreadlocks.

Battle of Office Attire: According to The Huffington Post, a former BP executive sued the oil giant in late 2013 for allegedly firing her because of her braided hair and ” ethnic attire.” Melphine Evans sought unspecified damages for race and gender discrimination, harassment, retaliation, and wrongful termination.