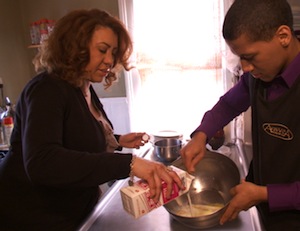 The Henderson House B & B is a restored farm house tucked away close to downtown Columbus. It is the first African American-owned bed and breakfast in the state of Ohio.

The historical house which has belonged to the Henderson family for generations opened as a bed and breakfast in 1994. Their first guests were the ensemble cast of the hit opera, “The Phantom of the Opera.”