6 Keys to Finding The Perfect Vendor for Your Business 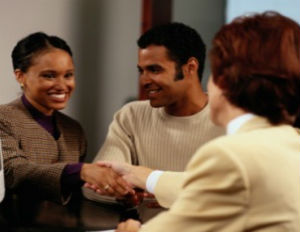 Like hiring great employees, finding great vendors is tricky. Too often, it’s crunch time and the first vendor you meet says everything you want to hear. Although you’d intended to speak with a couple of other companies,Â you don’t. But hoping that things go well is not a strategy.

A bad employee can cost you a year in lost productivity.Â A bad vendor can cost you evenÂ more. Their poor performance is a direct reflection on the way you conduct business. Customers understand that bad employees slip through the cracksÂ since they likely deal with their own as well. What theyÂ have less tolerance for are rogue vendors.

Like many businesses, our company has learned lessons the hard way when it comes to vendors. Below are the things we do to keep hope out of the decision-making process.

Start With a Meal

Taking vendors to dinner isÂ a great way to break the ice and learn about the people you might jump into business with. Were they on time? Did they respect the waitstaff? Did they have too much to drink? How do they communicate in a personal setting?

For example, we were looking for a consulting groupÂ forÂ a large project and were down to two firms. Group One was a clear favorite; its members were dynamic on the phone and had several innovative ideas, and one of them was even based in our city. In fact, we thought the final presentations were a formality, but we still scheduled them onÂ consecutive days so that we could have dinner with both companies.

Dinner the first nightÂ was with Group Two, the group we liked but didn’t love. All of our communications had been by phone, and while we were impressed, we saw its team members as pleasant, smart people whoÂ didn’t excite us. But over the course of the evening, the discussion shifted as each of our team members sat down individually with their folks, digging into their backgrounds and experience. The evening ended with the restaurant manager politely asking us to leave because they closed.

Drew Gurley is an established executive in the financial services arena and co-founder of Redbird Advisors. Drew has developed hundreds of successful financial services agencies from the ground up and he has worked one-on-one with nearly 1,000 financial professionals across the U.S. Drew’s work with Redbird has helped thousands of… (read more)