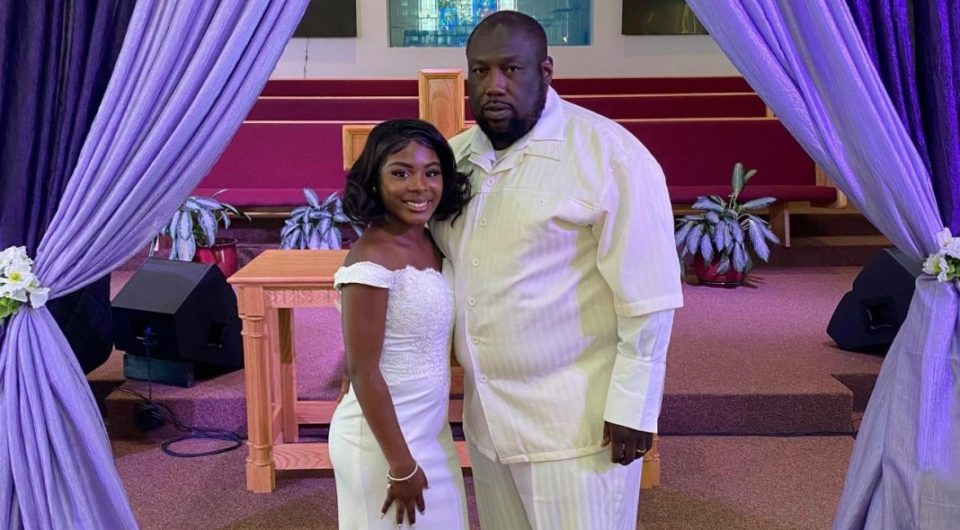 A 61-year-old Florida man is under fire after news of his wedding went viral for all of the wrong reasons.

Michael Haugabook is being labeled as a predator after he was accused of marrying Deja Haugabook as soon as she turned 18. Deja is also Michael’s goddaughter and the two shared family history prior to their controversial nuptials.

Word of the union surfaced online through a tweet claiming that Michael started dating Deja after he dated her mother Davina Evans first.

You guyssss!!! This girl is 18 and she just married her Godfather who used to date her mom. He’s 46 or 47. They have a 2 year old daughter and he has 3 other kids. He’s been “dating” and grooming her since she was 14. I’m sick to my stomach. pic.twitter.com/EyyTJAjIEK

While the tweet claimed that Michael was in his 40s, other online claims say a document from Michael’s 2014 arrest shows he was 54 at the time, meaning he’s 61 now, Adom Online reports.

Old photos show Michael holding Deja when she was just a toddler, further hinting at the family dynamic they once shared. In receipts posted online, Michael’s old Facebook post shows him referring to Davina as his goddaughter with Deja’s mother thanking him and saying “love you babes.”

When Deja was 17, she admitted to dating someone but kept his identity a secret until she turned 18. After recently getting married, Deja became a trending topic online due to people saying Michael groomed her.

Deja has since released a statement in response to the public scrutiny and defended her husband/godfather. She believes everyone is just jealous of the life she lives while other girls her age chase after boys who are sleeping around.

Rapper Kodak Black has even chimed in on the story saying his father did the same thing to his mom by leaving them to go pursue a relationship with his goddaughter. This story goes without saying to be careful who you choose to bring around your kids.