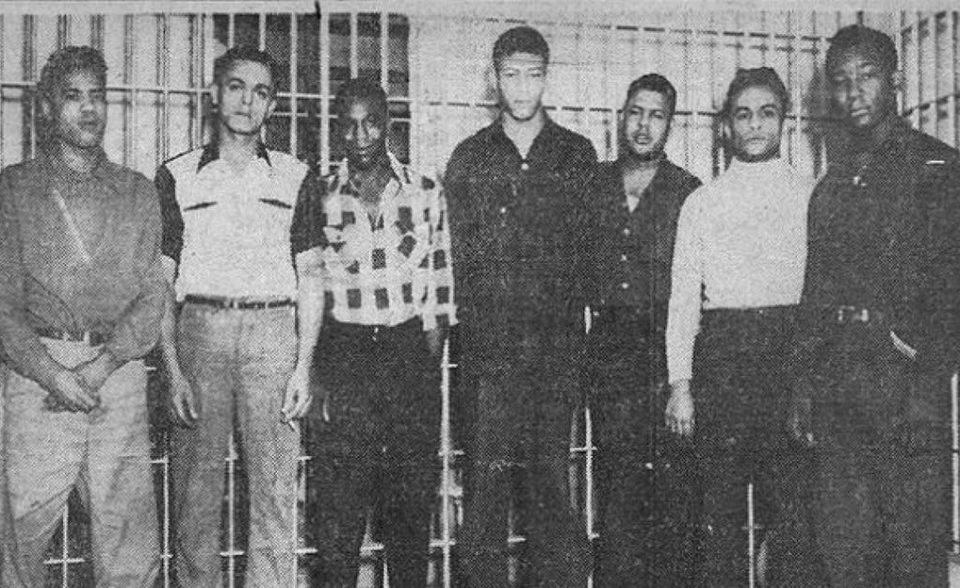 Seven Black men who were executed for an alleged rape have been pardoned 70 years after their death.

On Tuesday, Virginia Gov. Ralph Northam granted posthumous pardons to the “Martinsville Seven,” a group of young Black men who were executed in 1951 for the alleged rape of Ruby Stroud Floyd, a white woman, CNN reports. Family members of the seven men were emotional over the ruling.

Floyd identified Grayson and Hampton as her rapists, but she had trouble identifying the others despite them also being executed, BlackPast.org reports. At the time, Black and white protestors took to the White House to persuade then-President Truman to withdraw the scheduled executions of the Martinsville Seven, to no avail.

Nearly two decades after their executions, the Supreme Court ruled capital punishment for rape as cruel and unusual punishment.

The families of the slain men always said their relatives had been unlawfully interrogated without the presence of a lawyer with confessions that were coerced under the threat of mob violence.

“While these pardons do not address the guilt of the seven, they serve as recognition from the Commonwealth that these men were tried without adequate due process and received a racially biased death sentence not similarly applied to white defendants,” Northam’s office said Tuesday.

“We all deserve a criminal justice system that is fair, equal, and gets it right—no matter who you are or what you look like,” he added. “I’m grateful to the advocates and families of the Martinsville Seven for their dedication and perseverance.”

Northam granted the pardons after meeting with the descendants of the Martinsville Seven, NPR reports. He noted the decision was about “righting wrongs” for the men killed by the state in February 1951. The executions were a result of the alleged rape of Floyd in 1949. Floyd claimed 13 Black men raped her on the evening of Jan. 8, 1949, as she passed through a predominately Black neighborhood.