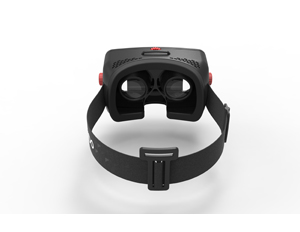 In 2016 tech is all about virtual reality. The technology consists of a pair of somewhat awkward looking headsets that immerse the wearer into a virtual, digital world.

Virtual reality is a computer-generated three-dimensional image or environment with which we interact. VR is used primarily for entertainment purposes, but it’s also increasingly being used for marketing and advertising, in medicine and other industries for practical purposes.

A slew of new VR headsets recently hit the market. Here are the VR headsets we want to try out the most:

The most affordable VR headset on the market, Google Cardboard is made from cardboard cut into the shape, somewhat like a ViewMaster toy. It works with a smartphone. Slide your phone into the Cardboard viewer with the screen facing the lenses. There are a number of apps for it on Google Play and the Apple App Store.