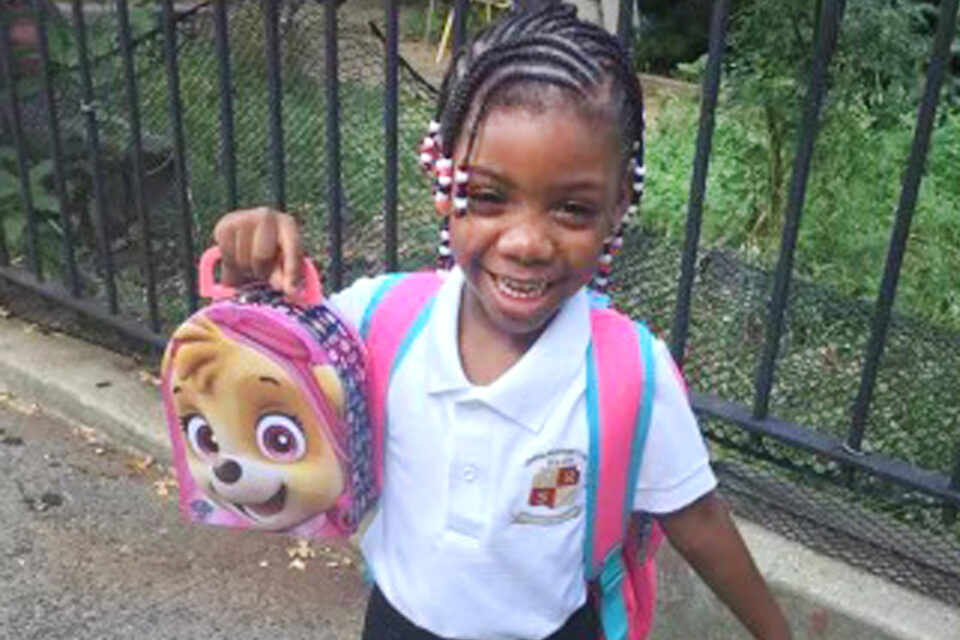 A Bronx family has been left heartbroken and divided following the death of 7-year-old Julissia Batties from extreme body trauma.

Batties was found unconscious inside her Mott Haven apartment last Tuesday, PIX 11 reports. According to a law enforcement, Batties was discovered “lying face up on a bedroom floor, unconscious and unresponsive” at New York City Housing Authority’s Mitchel Houses in the Bronx.

“The 35-year-old mother claimed at 5 a.m., the child fell and hit her head on a desk,” a synopsis of the death says. “At 8 a.m., she (the girl) began to vomit and defecate on herself, before she passed out.”

Batties death was ruled “suspicious,” due to the amount of bruising and trauma found on the girl’s “face, arms and torso.” Now her father and paternal grandmother are demanding answers.

“She was crying out for help. Nobody did nothing for my baby. I just want justice for my baby,” Julius Batties told CBS New York.

The young girl and her 1 1/2-year-old brother moved in with their mother and older half brother in March 2020 after the mother won custody of her two youngest children. Batties had been living with her paternal grandmother in Crown Heights, Brooklyn since she was five days old.

Julius Batties says he was unable to live with his daughter and son because the mother had accused him of domestic violence, something he says is not true. Amid an investigation into the suspicious nature of Batties death, it was revealed that the girl had “five, prior ‘aided’ cases.”

When authorities arrived, Batties 17-year-old brother admitted to punching the young girl in the face at least eight times that morning because she annoyed him by going in the kitchen for snacks. Batties death is now being ruled a homicide with no charges being filed as of yet.

“Why did they do that to my child?” Julius Batties said.

“They have failed me, my son. They have also failed my granddaughter, big time,” grandmother Yolanda Davis said.