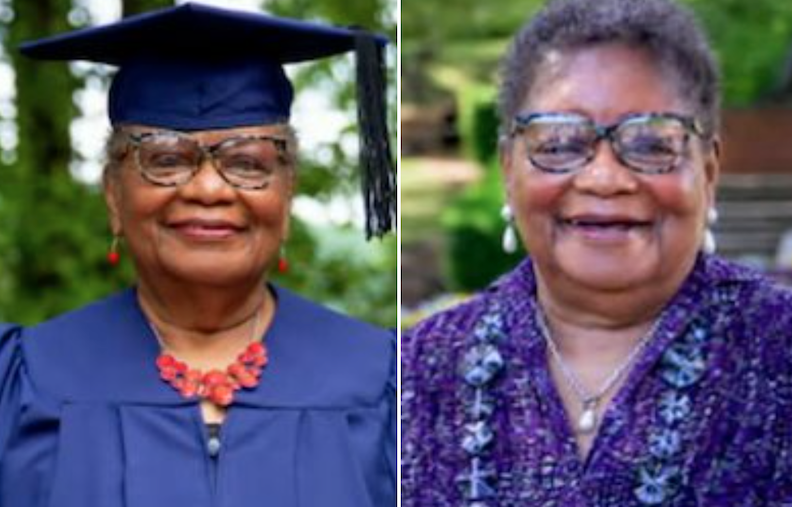 Former seamstress Vivian Cunningham has just accomplished a lifelong goal of becoming a college graduate at 78. The Birmingham native graduated from Samford University on May 8.

Cunningham proves that it’s never too late to turn your dreams into a reality.

“If you have a dream and you are passionate about that dream, pursue it,” Cunningham told ABC News.  “Don’t let anyone tell you that it can’t be done.”

From Seamstress and Single Mom to College Classes

Cunningham was born in the 1940s. She was only a toddler when World War II ended in 1945, growing up during the civil rights era. This period marked the evolution of integration and access for Black people. As more educational opportunities and doors began to open, Cunningham took steps towards acquiring her “American Dream”.

As a child, Cunningham envisioned herself as a seamstress. She picked up sewing skills from her grandmother and great-grandmother. She also studied it as a trade while in school and was the go-to seamstress for family and friends. But she transitioned her career path in order to have enough funds to provide for her family.

As a single mom of two in the 1960s, Cunningham worked at the Alabama Power Company. It’s one of the largest state utilities. Cunningham spent many years at the company, working as a custodian and in the mailroom. When the company offered her tuition reimbursement for college, she took them up on the offer.

Cunningham enrolled in classes sporadically while raising her family. It wasn’t until she retired that she was able to fully commit and earn her degree.

“It was tough for her, but us being young, we didn’t really know,” Cunningham’s son Donald shared with Samford University.  “She was taking care of her family, working at night at the power company, and couldn’t find babysitters to keep us. I had to grow up and be a man before time, take care of my sister.” Donald now works as a Facility Control Operator at Alabama Power Company.

Becoming a College Graduate at 78 After Six Years

With her family’s encouragement and support, Cunningham made it to the college graduation finish line. She retired in 1992, earned her associate’s degree from Virginia College, and continued on her educational track.

On May 8th, Cunningham was among 533 graduates in the Class of 2021 at Samford University, according to the institution. She earned her bachelor’s degree in liberal studies after six years of night and virtual classes.

“If I could have done cartwheels across the stage, I would have,” Cunningham told TODAY.” “My friends have called and told me that it has motivated them. “And some of the young ones in my family, too. They said if I can do it, they can do it.”

Cunningham isn’t finished yet. Although she’s a grandmother and great-grandmother, she’s considering a Master’s Degree. But first, she’s looking forward to resting.