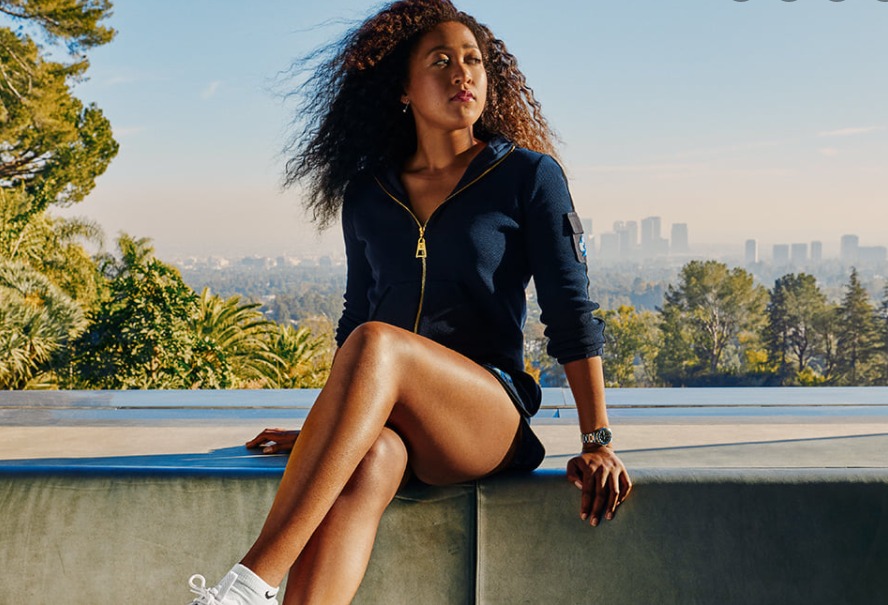 Naomi Osaka stunned her fans on the cover of Vogue Japan. Photos were released on social media. while the tennis star is tending to her mental health. Facebook photo credit - Fashion paper

Naomi Osaka has been taking a much-needed mental health hiatus from tennis.

Although she is taking some time to restore and renew, the tennis superstar looked flawless and unbothered on the cover of Vogue Japan. On the heels of withdrawing from the French Open, Osaka unexpectedly popped up on social media showcasing her new cover.

Japan Vogue posted the cover with Osaka on Instagram, too.

Not Naomi Osaka eating half the model girls up! pic.twitter.com/hV3Y8dZmEn

If only for a moment, Osaka is back after taking a mental break. CNBC reported that Osaka’s agent, Stuart Duguid, confirmed that Osaka opted to take a surprising hiatus after she felt the brunt of stress from press interviews. The tennis star said she was taking a break to pursue mental wellness. Then, Osaka bravely wrote about her feelings on Twitter. Although Osaka drew some criticism at first, support came flooding in for the tennis champion.

According to Japan Today, the International Olympic Committee said that Osaka—in addition to other athletes can skip press conferences at Tokyo’s Olympics this summer. Japan Today stated that IOC media’s relations team provided the information, in response to a question from Kyodo News.

However, the Japan Tennis Association said the country’s Olympic tennis players are not completely off the hook. They will honor the International Tennis Federation rules and walk through a ‘media-accessible mixed zone,’ although answering questions is optional.