A. Barry Rand Appointed to Key Post in Obama Administration

President Obama appointed A. Barry Rand to his Advisory Council on Financial Capability last week. The Council will advise the president on promoting and improving financial literacy and capability throughout the nation.

Rand was appointed CEO of AARP in March of 2009 . He succeeded William Novelli to become the organization’s first African American CEO. Prior to joining AARP, Rand was CEO of Equitant Ltd., a company that manages the order-to-cash process for Fortune 500 companies, and served on several corporate boards. He also served at CEO of Avis Group Holdings and enjoyed a 31-year career at Xerox, where he climbed the ranks from sales rep to vice president for worldwide operations.

Rand’s appointment to the Obama administration furthers his lifelong mission of servicing the underserved and disenfranchised. 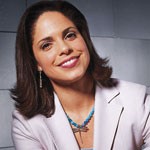 How to Roll a 401k Into a Business Retirement Fund

FacebookTwitterYoutube
← Watch: CNN Tackles Almighty Debt on ‘Black in America’ ← How to Roll a 401k Into a Business Retirement Fund
×
'