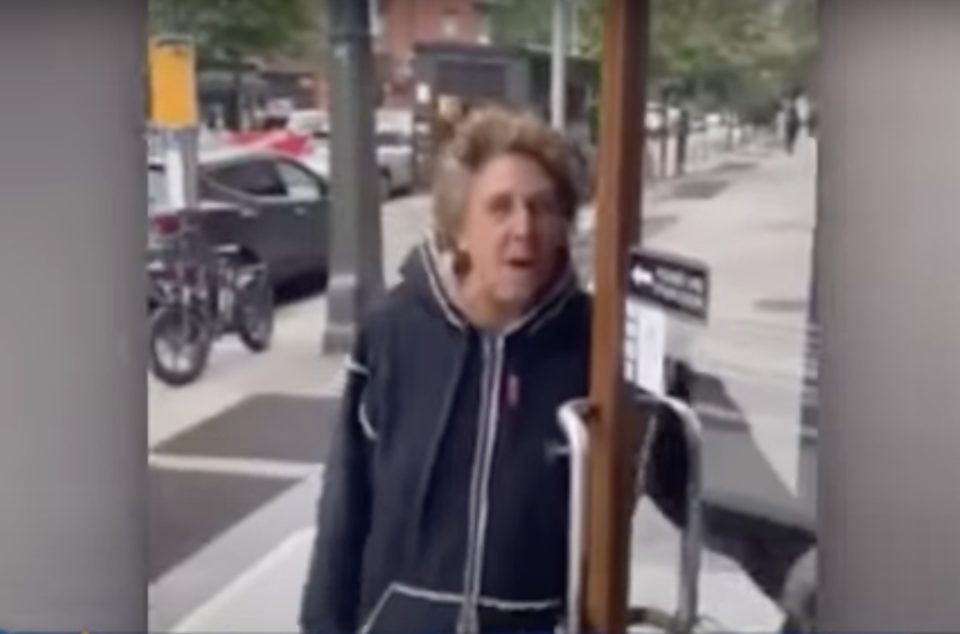 At a Brooklyn, N.Y. pizza joint. a Black mother, accompanied by her two children had pepper thrown at her by a racist stranger who called her the N-word.

Last Friday, an unnamed white woman, wearing a winter jacket in the Brooklyn heat, was seen at Not Ray’s Pizza on Fulton St. cursing and being racist toward a Black mother of two, The New York Daily News reported.

Related stories: AFTER COMPLAINING THAT HER WHITE CO-WORKERS USED THE N-WORD, BLACK WOMAN SUES RED ROBIN OVER METAL FOUND IN HER SALAD

According to WCBS, it is implied that the 36-year-old victim was an immigrant based on the reasoning and racist ranting on the deranged white woman.

“Go back to your country,” the suspect said. “You [N-words] don’t belong here.”

Recalling the incident last Wednesday, the mother said that the white woman directly called one of her children the N-word.

The victim’s children are a 5-month-old daughter and a 4-year-old son.

“My 4-year-old was extremely distraught and upset,” the victim told the Daily News. “He asked, ‘Where are we going to go?’ And I had to explain to him that we’re from here, born and raised in Brooklyn.”

The suspect, resembling a homeless and elderly person, left the pizzeria screaming and carrying a hand truck.

The victim believes the strange woman had Tourette’s because she was minding her own business at the cash register until the woman threw red pepper at her.

The NYPD Hate Crimes Task Force on Friday said they are looking for the suspect to potentially charge her with a hate crime, and people who live in and around the area can contact Crime Stoppers at (800) 577-TIPS. All calls will be kept confidential.