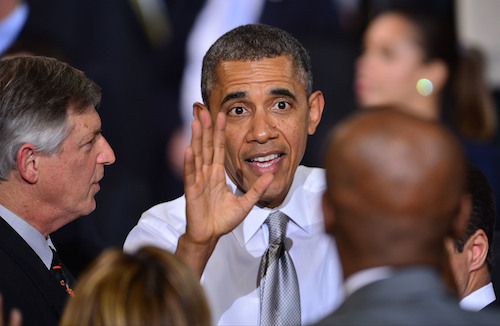 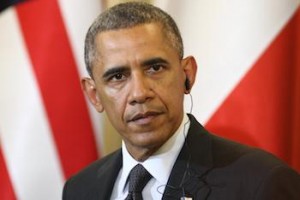 The nation largely avoided a complete meltdown after the Obama administration’s $800 billion stimulus program, the Dodd-Frank financial regulations, and the auto bailout.

On the education front, the race-to-the-top grants, programs to push universal Pre-K, and reducing the burden from student loans are restoring belief in the U.S. education system.

A year ago, Obama asked, “Someday, our children, and our children’s children, will look at us in the eye and they’ll ask us, did we do all that we could when we had the chance to deal with this problem and leave them a cleaner, safe, more stable world?”

He refused to condemn this generation and future generations to a planet “beyond fixing.” His Administration is now taking the necessary steps to cut carbon pollution, help prepare the United States for the impacts of climate change, and continue to lead international efforts to address global climate change. Wind capacity has tripled and solar capacity increased 16-fold. His new power plant regulations have also created a market-based cap on carbon pollution.

The jury is still out on how his presidency will be judged on Obamacare. The roll-out was an unmitigated disaster, but creating legislation to provide quality health insurance for more than forty million Americans without access has to be considered a step in the right direction. Especially for minorities and people of color. The nation had watched idly as hundred of thousands of families were destroyed by medical emergencies in addition to the millions dying because they lacked health care coverage or because they were snubbed by medical facilities.

Obama stated two clear goals for his Affordable Care Act. Lowering medical costs and expanding access for those who couldn’t afford it. More than eight million signed up during the initial enrollment period, 57% of whom had no prior coverage.

So what will be the legacy of President Barack Obama? Do his pros outweigh the cons? You and history will be his judge.