A Family Is Suing St. Louis Police For Killing Of A Grandfather While Serving No-Knock Warrant 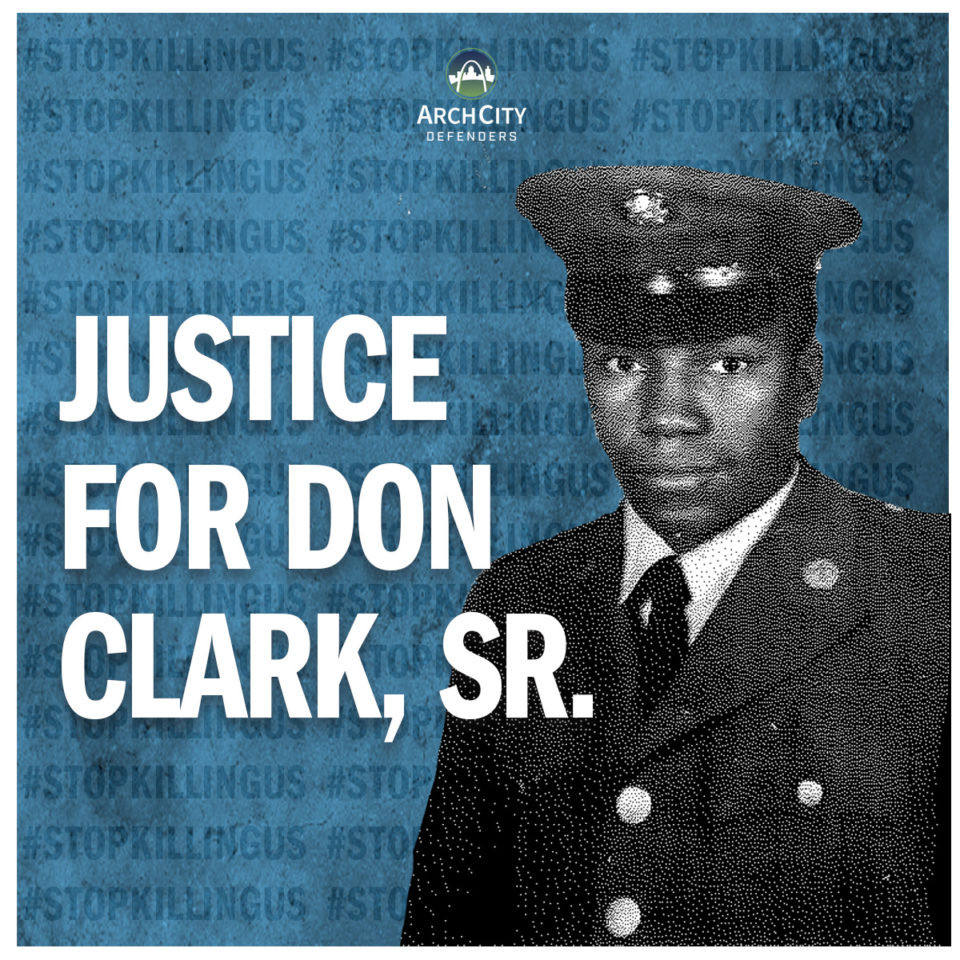 The city of St. Louis and more than 20 police officers are the subjects of a wrongful death suit tied for the 2017 killing of Don Clark Sr. (Twitter/@ArchCityDefense)

A family is suing the city of St. Louis and more than 20 of its police officers for the 2017 killing of a grandfather while executing a no-knock warrant.

Lawyers for the Arch City Defenders, a St. Louis-based civil rights organization, filed the suit in federal court on behalf of Don Clark Sr.’s children. Clark, a 63-year-old grandfather and Army veteran, was killed by police at his home on Feb. 21, 2017.

According to lawyers for the Clark family, police officer Thomas Strode used lies and manipulated information to obtain the warrant for Clark’s home. The attorneys added Strode requested 27 no-knock warrants in the year before the shooting. They’re now working on getting local judges to review the warrants for similarities.

Fox2Now reported St. Louis police officers were executing a no-knock warrant on three locations on Clark’s block in connection with a drug investigation. Officers claimed no one answered the door after police identified themselves, so they used a battering ram on the door. Former Police Chief Sam Dotson said a man in the house fired a shot at police.

The cops responded by tossing a flash-bang grenade into the home, but another shot was fired toward police. Officer Nicholas Manasco responded by firing into the home and killing the man, who was later identified as Clark.

“Having to just deal with figuring out what had transpired just made me angry, and I’ve been angry ever since. I just feel robbed. My family was robbed,” Ashley Boureima Mourou, one of Clark’s children, said Wednesday at a news conference according to the St. Louis Dispatch.

The suit names Strode, Manasco, and several other officers. It’s seeking compensation for several claims, including an unlawful search and excessive force.

Lawyers for Clark’s family say the father of seven used a cane, was diabetic, and suffered from poor hearing and vision. They believe the cops raided the wrong home. St. Louis police say the shooting was justified as the warrants said the people named could be armed and dangerous. Police added they found two handguns and drugs at the scene, and Clark had a long list of arrests.

Clark’s family and the Arch City Defenders say Clark had no criminal record and acted in self-defense.

“It is completely impossible to believe” that Clark would have been involved in those kinds of activities, Emanuel Powell, an ArchCity Defenders attorney representing Clark’s family, said at a press conference Wednesday. Powell added Clark “was afraid of the crime that was happening in his neighborhood.”

A no-knock warrant was also used in the death of Breonna Taylor, which has led several cities and states to ban the practice.