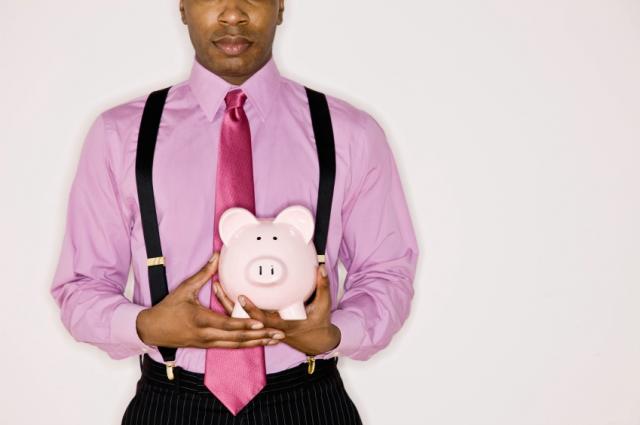 Ricky Stith is doing some major belt tightening. Like many Americans, the 49-year-old information technology professional is examining his own situation in light of the economy. Stith is correcting financial missteps he made earlier in life, while adhering to a strict regimen of effective money management. He says the tough economy is forcing him to delay purchases and cut back unnecessary spending. At the same time, the Washington, D.C., resident is adamant about saving 10% of his monthly income.

Both complicating and catalyzing his efforts to economize is Stith’s ongoing adjustment to fatherhood. He depleted his savings when, in 2007, he adopted his now 6-year-old son, Keon, who was initially placed with Stith as a 5-month-old foster child through an organization called Adoptions Together Inc. The cost of finalizing the adoption exceeded $6,000. The agency he worked with recommended that Stith hire an attorney, which added another $5,000 or so to the bill. Stith used his personal savings but recouped most of the costs through tax credits, which allowed him to deduct about $10,000 from his 2006 federal taxes. In addition, Stith receives about $700 a month for Keon in subsidy benefits, which goes toward his college savings as well as expenses for food and clothing.

Stith says the adoption experience has been priceless.

“I was independent, making a decent living, and I wanted to make a difference in someone else’s life,â€ he says. “I wanted to share some of my personal and professional success with a child who didn’t have the same opportunities that I’d had when I was a kid.â€

Stith began living on a strict budget this year. He has about $2,500 in savings, but says this amount will likely grow because he plans to pay off his car note before the end of the year. As a single father, Stith knows it’s important for him to rebuild his emergency savings fund of six to eight months of living expenses as quickly as possible.

Saving is never easy. Often it requires discipline and sacrifice. Stith, for instance, is holding off on home renovations he had planned on doing. He canceled his annual gym membership, which would have cost him about $450. He no longer eats lunch out daily with co-workers, saving about $100 a month. Another item he’s cutting from the budget is a family vacation. Last year, Stith took Keon on a weeklong Disney World cruise. The cost: a whopping $4,000. This year, he plans to stay local. Stith is motivated to save, knowing it will help secure his–and his son’s–financial future. As a firm believer that financial literacy begins at home, he wants Keon to learn by example about being responsible with money.

Each quarter, Stith consults with a financial adviser, a cousin whom he credits with helping him stay focused on budgeting and money management. He also recently started a 529 college savings plan for Keon that already has about $300 in it; every month $100 will be deposited directly into the account.

Although he strayed from her teaching before Keon came into his life, Stith also credits his late mother with instructing him in the basics of sound money management and saving. “When I was a child, my mother taught me to divide the money I earned from my paper route into thirds,â€ he says. “I put a portion into a savings account, gave a portion to the household, and the rest was my spending money for the week.â€

Stith, who holds a graduate degree in management from the University of Maryland, is teaching Keon the importance of money management the same way his mother taught him; he even reviews monthly bank statements from his savings account with the 6-year-old. “I always deposit any cash gifts Keon receives for his birthday or Christmas into his savings account,â€ Stith says. “I want him to understand the value of saving and being prepared for the future.â€

This story appeared in the May 2009 issue of Black Enterprise magazine.