A Plan for Black America in the 21st Century

Over the past few days, the venue for dialogue and action focused on black America’s advancement could be found at the New York Hilton in midtown Manhattan. That’s the location of the 2009 Conference of 100 Black Men of America, Inc., an impressive event chock full of power players from business, politics and entertainment who brought messages of achievement and empowerment. 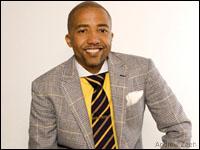 At Friday’s Chairman’s Award Lunch, for example, Kevin Liles, Executive Vice President of Warner Music, preached to young people about the value of hard work and need for them to Â “be presidentialâ€ by adopting a more Obama-esque style and shunning thug life. Later that afternoon, New York Mayor Michael Bloomberg used his administration’s track record of public education reform as “a model for big-city schools,â€ citing dramatic improvements in math and reading proficiency among minority students over the past several years. (In fact, New York Chapter President Philip Banks said the group worked closely with the Bloomberg Administration to develop the highly-successful Eagle Academy for Young Men, an institution devoted to creating legions of college-bound students.)

Along with the bevy of speakers, the conference offered a series of panels, ranging from the state of black males in education and the relevance of HBCUs to the impact of energy policy and exploration of opportunities in Obama’s economic agenda. Saturday night’s closing black-tie gala will honor, among others, New York Governor David Paterson and former Virginia Governor L. Douglas Wilder, the first African American elected to the statehouse.

The organization, which has 116 chapters and more than 10,000 members internationally, has come home to New York, the birthplace of its concept 46 years ago when a group of concerned African American men decided to marshal resources to improve their communities. Â My good friend, David P. Brand, the New York Chapter’s financial secretary who served as conference organizer, informed me that there were more than 3,000 registrants this year — despite today’s tough economic times.

My theory is that attendance was high because of the tumultuous environment. The conference serves as networking exchange where members and guests can share strategies and ideas. And the membership vigilantly responds to International Chairman Albert E. Dotson, Jr.’s charge to push its “Four for The Futureâ€ program of mentorship, education, health & wellness and economic development.