An example ofÂ  their solution-oriented approach could be found in the 2009 Issues Summit, a plenary session that included such heavyweights as National Urban League President Marc Morial; New York City Schools Chancellor Joel Klein; United Way of America Executive Vice President Stacey Stewart; and Rick C. Wade, Senior Advisor for US Secretary of Commerce. The session was moderated by NBC News Correspondent Ron Allen. Here are highlights related to their discussion on the economy: 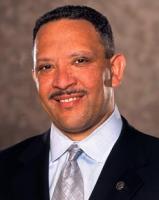 Morial focused, in part, on the staggering rate of unemployment ravaging thousands of black households nationwide. “The old adage of America catching a cold and black America getting pneumonia is true when looking at unemployment,â€ Morial asserts, citing the 9.3% national rate vs. 15% for African Americans and 40% for black youth. In fact, he maintained that the black unemployment rate was 7.2% in 1999 and has more than doubled in the past decade. “The loss of jobs in this recession is different than others. It has disproportionately affected men, and continues to impact blue-collar, white-collar and pink-collar jobs.â€

Stewart found the job outlook to remain brutal even when the economy heads toward recovery. Large numbers of workers, she says, may not regain employment and income levels. Another factor: vast pools of unskilled workers will remain unemployable. For example, she said that 37% of Washington, D.C.’s adult workforce has no more than a third-grade education.

Maintains Klein, “Families in economic trouble intensifies all the problems we face.â€ He points to “an addiction to creditâ€ as one of the culprits for the current economic malaise. “Both sides of the transaction got it wrong,â€ he asserts, pointing his finger at credit card issuers and mortgage lenders as well as consumers. “As a nation, we started to think that we could print the dollar instead of earn the dollar.â€ The victims in this scenario, he says, may be future generations.

Wade believes that there “isn’t anything more important than fixing the economy. You can’t minimize the impact of joblessness, which is a structural concern that leads to more crime and anti-social behavior.â€ But he tends to focus on just how African Americans will be involved in economic and labor market shifts. “As we redesign this economy, African Americans must understand the new dynamics.â€

Then the panelists turned to solutions. Morial says African Americans must not view “the green economy as being for the latte crowdâ€; they must embrace it or risk being left behind. Stewart views adult education as part of the answer. She also advocates the alignment of government agencies, corporations and non-profits to prioritize and focus on such issues. Klein argues that citizens must be “the captains of their own destinyâ€ and directs individuals to entrepreneurial opportunities in healthcare, education, energy and the environment. And Wade views a vast array of employment and business possibilities through Obama’s mammoth economic agenda. Just in terms of retrofitting of homes and businesses alone, entrepreneurs and workers would be able to participate in a multibillion sector. “We can use such opportunities to employ individuals on a local level,â€ he says. “It’s a chance for our kids to put down hand guns and pick up caulk guns.â€

The panel gave the same probing analysis of education, mentorship and health care but always the focus on solving problems — a characteristic that has long distinguished 100 Black Men. The next steps are clear: the ultimate catalysts for the progression of black America will be the conference’s attendees, and the hard work will begin when they return home.

For more on the organization, conference and programs like the Eagle Academy, visit www.100blackmen.org and www.ohbm.org.

Derek T. Dingle is the editor-in-chief of Black Enterprise magazine.