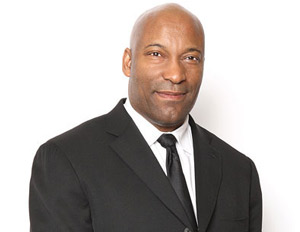 Every year, the American Black Film Festival (ABFF) screens a classic film that has stood the test of time, with a profound effect on the African American audience. This year, ABFF remembers “Boyz n the Hood,” a classic story of a group of childhood friends growing up in a Los Angeles ghetto, while coping with the violence in that community. The spotlight screening, sponsored by Turner Classic Movies, was followed by a Q&A with filmmaker John Singleton.

Singleton opened the conversation by discussing the impetus for the film. While in school at University of Southern California (USC), he decided to write about his friends and the challenges they were experiencing growing up in South Central. “If I was ever going to be a filmmaker, I had to learn how to tell stories,” Singleton explains. He watched films from around the world, and studied the work of Francis Ford Coppola and Martin Scorsese. Singleton’s work caught the attention of Hollywood and soon after he struck a deal, something unusual for young filmmakers right out of school.

“I was scared, but I knew I wanted to be in control of my stories. They gave me a budget of $6 million.” At that point, he realized there was no turning back; he had to make the film. “I sat and watched a lot of movies. I would take notes on my script.”

“Everything that we dealt with in ‘Boyz n the Hood’ is still relevant today,” says Singleton. “Black men still feel like they have to prove their masculinity. There’s so much pressure black women and men have to deal with. We’ve become time bombs.”

When asked about the tragic death of the character, Ricky, Singleton explains, “Ricky had to go because he was the black American dream.” Singleton adds that he tries to subtly incorporate the showing of love in his films. “I like to see black men crying in my films. You never see black men cry. Or black women. Black women won’t even cry in front of their kids. They just suck it up and go in the other room.”

Ultimately, Singleton wanted to create something that reflected his community during that time. “In the way Spike Lee was bringing up the east coast, I did that for the west coast.” Using a mix of actors and non-actors, some from his neighborhood in Los Angeles, Singleton adds, “Everyone from the neighborhood was invested in the film. The crew was 97% black. I still have an office off Crenshaw.” The experience was more than just a movie to Singleton, who made the film when he was 22 years old. “It was cathartic,” says Singleton.  “I wanted to make a film that was quintessentially black American. I think we’ve gotten away from that as filmmakers. We’re too concerned with what others think, not about what’s culturally astute.”