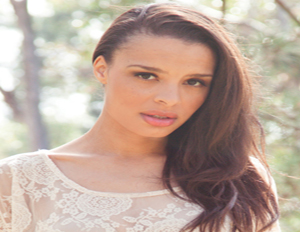 Actress Antonique Smith who is best known for her role as Faith Evans in Notorious beat her $50,000 Kickstarter goal this weekend, raising $50,027 to launch her music career. An acclaimed actress since her role in the Broadway production of RENT as Mimi Marquez, Smith also played CIA agent Sandra Burns in Abduction opposite Taylor Lautner, and will be in theaters later this year in Yelling to the Sky, playing the role of Ola O’Hara, opposite Zoe Kravitz and Gabourey Sidibe. Smith took a risk that her movie and theatrical fans would back her new music venture with online contributions via Kickstarter.com, a platform that allows artists to raise funds online from arbitrary donors. The catch, though, is if the artist doesn’t hit their goal, they have to refund all pledges. It’s a chance Smith decided to take, and the actress met her goal. BlackEnterprise.com caught up with the East Orange, NJ native to discuss raising startup capital on her own, her debut album “Speechless,â€ and what’s next for the young actress turned singer.

BlackEnterprise.com: What made you decide to raise funds independently?

Smith: My manager Darryl Farmer came to me and said let’s do aÂ KickstarterÂ campaign.Â It was his idea.Â It was an unorthodox idea but he’s a genius and I trust him.Â He said it’s a great way to centralize everybody and get support fromÂ fans, family and friends. ItÂ givesÂ us so much freedom. We have freedom on the timeline because it’s in our hands now, and we can putÂ the musicÂ out wheneverÂ and howeverÂ we want.

With Kickstarter, you have to hit your goal or return all the money back to investors if the target is not met. Did that make you nervous?

That is the biggest downside in the world. You are nervous the whole month because you don’t know how people are going to respond.You’re asking them toÂ fund somethingÂ theyÂ haven’t even heard yet. You can’t go on iTunes and sample it. Nothing.

What are some of the other downsides?

The other downside isÂ the time limit. We hadÂ 30 days and there is a surge in the beginning and then a period whereÂ it slows down,Â and then at the end it picks back up. PeopleÂ procrastinate andÂ forget so you have to keep reminding them.

You had 219 donors in total, and a few gave $7,500 or more in a single pledge. How were you able to tap into your network and garner that type of support?

Those are my core supporters now. I’m going to hit them first with everything. Â Some people were from random countries like Austria and Finland who gave large amounts. Some are family and friends and people I went to 5th grade with. It was good to see names I haven’t seen in years. Also my parents and my family have been my biggest backers and supporters! That’s not something everyone has. They’re just working class people who’ve made great sacrifices for me.

What have been the highlights of launching this grassroots campaign?

So much more came back. It’s not just fundraising; it’s also the growthÂ and awarenessÂ of the brand. We don’t want to just do an album and put it out inÂ a couple of months. We are building buzz and awareness. We are creating the anticipation. We are centralizing my fan base. Many saw me on Notorious playing a singer, but they don’t all know I sing. And they still call me Faith Evans. Many don’t know Antonique did the singing parts of Faith Evans in the movie. This money will start to go toward letting them know I sing too.

Have you seen any tangible outcomes besides the money?

I was trending on Twitter the other day. Rick Ross called andÂ asked me to star in his videoÂ (‘Amsterdam’ now playing on 106 and Park) this month. I play Rick Ross’s wife in the video. It was a good look. My Facebook and Twitter numbers went up–Twitter went up 5,000 followers from about 95,000 to 99,400.

How much do you still need to complete your album?

We would beÂ able to make the moves we need to makeÂ with about $500,000. Everything costs. So when you put it in perspective, what I have is a start. It’s a good start.

Darryl, my manager,Â has a business plan and will start meeting with investors and we’veÂ set up aÂ gofundme.com pageÂ after Kickstarter ended. There is no suspenseful goal limit like with Kickstarter. That made it kind of fun and some dramaÂ when the last few hours were counting down. That part of it is gone. But now people can give love giftsÂ and continue to donate to the movement. We need so much more. It can take millions sometimes.