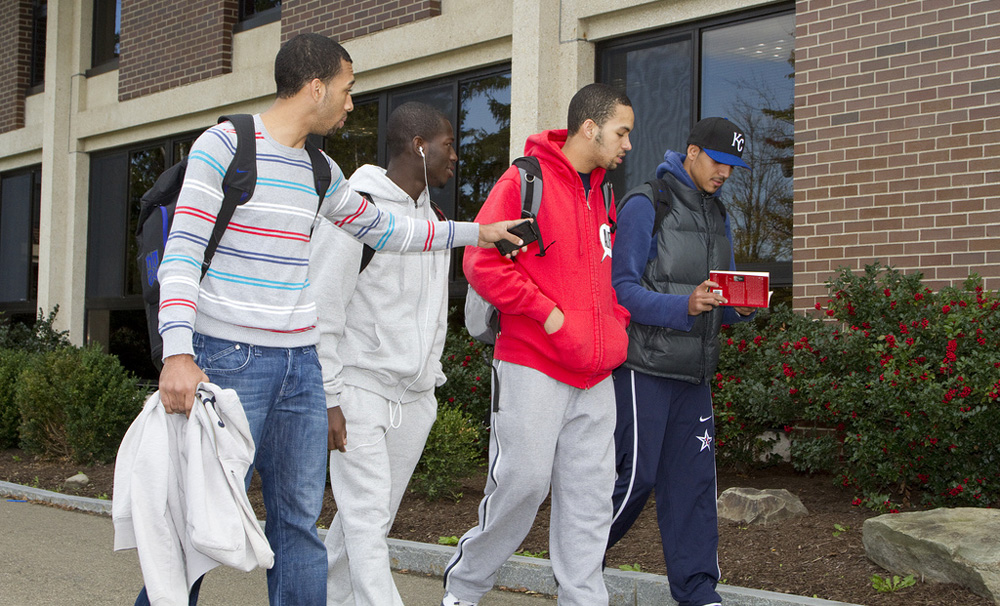 Luis Romero has taken so many Advanced Placement courses, he can barely remember them all. AP Computer Science, Human Geography, U.S. Government, World History — the list goes on.

He may sound like a “typical” teenager in a “typical” high-achieving high school, but not that long ago, Romero would have stood out at North County High School in Glen Burnie, Maryland, a diverse school in a working-class suburb of Baltimore.

If annual growth rates hold true, during the next two weeks, more than two million high school students across the country are expected to take AP exams. A passing score could mean earning college credit while still in high school. Research shows that students who take rigorous courses in high school are more likely to get into and succeed in college.

[Related: How Young Professionals Can Land a Job in Media]

For a lot of students though, especially low-income and minority students, AP courses haven’t always been an option. North County principal Julie Cares says five years ago, only 10 percent of the school’s 2,000 students took any Advanced Placement classes. Less than one-fourth of seniors planned to attend a four-year college.

“When I first came, there was a sense of, just low expectations,” she says. “A lot of kids not only didn’t believe it was possible, but it didn’t even occur to them that was something they might do.”

To build a college-going culture, the school added more AP courses, eliminated all of the requirements to get in and pushed every student to take at least one. In five years, the number of AP students has tripled, from about 200 to 600.

“We decided to open the gates, basically,” Cares says. “Then it just became something that we do here: when you come to North County, you take an AP class.”