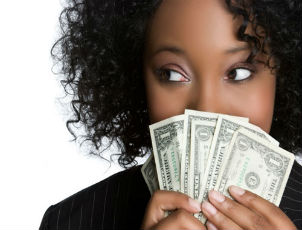 “It’s encouraging to see young African American college grads feeling confident in their ability to commit to long-term financial plans,” said William Taylor, Vice President of Northwestern Mutual, in a statement. “The study shows brighter financial futures for the next generation of African Americans if that passion for planning can be coupled with careful plan design, enabling young people to get not just to, but through retirement. Â The good news for all — no matter their age, gender or race — is that it’s never too late to take that first small step and start planning for the long-term.”

The study also revealed several contrasts between genders. More black male graduates (52 percent) were found to be more likely to have a plan in place to meet their financial goals than women (35 percent). Fifty-eight percent of black female graduates had plans to “meet their spiritual, physical fitness and family life goals.â€ Just 43 percent of their black male counterparts reported having such a plan.

The online survey consisted of 250 African American college grads this past June. The results will be released at the National Black MBA Association, Inc.’s 34th Annual Conference & Exposition in Indianapolis.