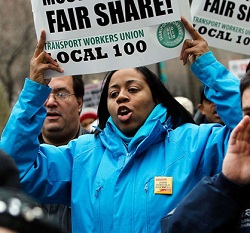 Known as a “union premium,” workers who have union memberships benefit from increases in their hourly wage. But for African-American union workers, that premium can be more significant considering blacks and Latinos are statistically more economically disadvantaged.