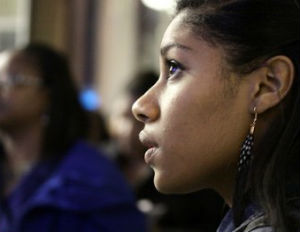 African American investors are optimistic about the political and economic future of the country. They also are feeling upbeat about their own financial future.

About half, 52%, report they are better off now than they were three years ago, the same as the general population, according to a recent survey by Wells Fargo.

But the survey also revealed that African American investors are more focused on handling day-to-day living expenses and paying off debt. Paying monthly bills is the biggest financial concern for 32% of them, followed by saving for retirement at 22% and healthcare costs at 15%. Three in five African Americans in the U.S. focus on reducing debt as opposed to saving for retirement. Â As a result, they fear having a retirement shortfall. Fifty-two percent of those surveyed worry they won’t have enough money saved for retirement, especially those under the age of 50.

“The optimism and confidence articulated by African American investors is encouraging particularly as those surveyed are feeling financially better off than they were three years ago,â€ says Jeff Cosby, Financial Advisor and Vice-President, Investment Officer in the Bloomington, Minnesota office of Wells Fargo Advisors. “It is important for financial advisors to help investors think through long-term strategies for investment planning, while also providing guidance on common concerns like how to balance paying off debt while continuing to save for retirement.â€

Cosby notes that most people are void of a financial plan. Among non-retired African Americans, having a retirement savings plan is most common among those earning over $100,000 annually. Only 35% of those earning less than $100,000 have a plan.

“All investors–regardless of age or level of savings–should be focused on planning for retirement, and turning plans into actual saving and investing,â€ he says.

Cosby also points to the “educational divideâ€ among investors who don’t know “what is and what is not real risk.â€ He cites as an example a professional athlete who had a huge signing bonus check and was reluctant to put the money in a certificate of deposit for fear of losing it. The survey buoyed this sentiment. Just over a third, 36%, of African American investors are confident in knowing where to invest in today’s market, similar to the national population, 31%.

“We are doing a lot more in terms of education and financial literacy,â€ says Cosby, who works with Wells Fargo financial advisors and trainees. “We talk to clients about leveraging their money; how to use money as a tool to make more money.â€

“I tell my clients that we have to draw a line in the sand when it comes to generosity and assistance to others as it relates to our retirement funds. In order to break the cycle of underfunding or non-existent retirement funds, African American investors must strive to use the funds for their intended purpose, which is preparing for retirement.Â  Without this disciplined approach, it is much more likely we will end up relying on our children and family members to care for us during our senior years, thus continuing the cycle,â€ he explains.