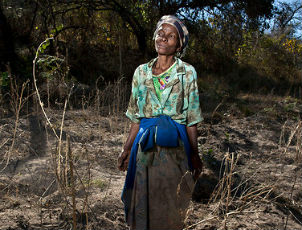 African grandmothers in the South African kingdom of Swaziland grow a strain of marijuana called “Swazi Gold” to help support their families.

The highly potent strain of drug is highly sought after in South Africa.

The New York Times followed several African grandmother’s in their daily work. One of those grandmothers was named Khathazile.

Khathazile has 11 orphaned grandchildren and works in the deep forest picking marijuana to survive.

“Without weed, we would be starving,â€ explained Khathazile, who asked that only her middle name be used.