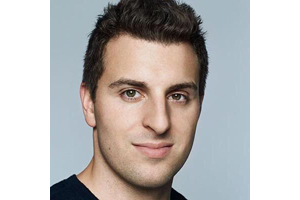 If you logged into Airbnb last Saturday, you may have seen this image:

The company used its platform’s homepage to honor the Voting Rights Act. Passed in 1965, the landmark legislation made racial discrimination illegal in the voting process.

The image is Airbnb’s way to also encourage more people to register and vote, according to the company’s blog:

Our belief in the power of the vote is what drives us to honor the Voting Rights Act and we want to encourage as many people as possible to speak out and vote in upcoming elections.

The lodging service also announced a partnership with The National Coalition on Black Civic Participation, Voto Latino, and Democracy Works–three of the leading civic participation organizations.

CEO and Airbnb co-founder Brian Chesky also appeared at the National Urban League’s annual conference in Baltimore where he remarked, “The best way to protect our right to vote is to exercise our right to vote.â€

Airbnb, under fire recently for not being proactive enough in preventing discriminatory practices by users of its platform, has taken several initiatives to combat racism by hosts and in furthering diversity, in general.

The company announced that former U.S. Attorney General Eric Holder was helping it craft a new anti-discrimination policy for its users.

A class-action lawsuit was filed against the company after a black man was refused accommodations by a host in Pennsylvania.

“We are thrilled to embark on a new community engagement partnership with Airbnb to commemorate the 51st anniversary of the Voting Rights Act…,” said Melanie L. Campbell, president and CEO of the National Coalition on Black Civic Participation, in a statement.