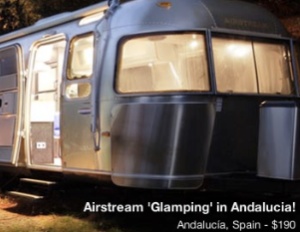 Renting out your spare bedroom has become big business for Airbnb.

The service, founded in 2008, which allows people to rent out rooms or entire houses to guests for any length of time, just received $500 million in a new round of investment.

According to Techcrunch, the new funds elevate the startups valuation to an incredible $10 billion.

Airbnb is now in the upper echelon of high-valuation startups, surpassing the high-profile startups like Instagram and Tumblr, and approaching WhatsApp, the messaging service purchased by Facebook for $19 billion.

The company has stirred up its fair share of controversy, however. In some cities, renting rooms is illegal, and places like San Francisco have served eviction notices to Airbnb renters.

It’s also gone through press involving some less-than-wholesome parties being thrown inside renters’ homes without their knowledge or consent. It won’t stop the company from expanding, though.

Airbnb’s site shows how widespread its reach is, with rentals in 192 countries and over 34,000 cities. There are over 600 castles you can rent out as well, allowing you to live like a king (or at least live where a king used to).