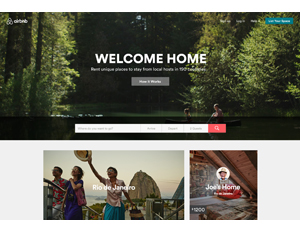 On Tuesday, Airbnb earned themselves a high-profile lawsuit due to theirÂ  inability to adequately address complaints of racial discrimination from black customers.

The suit was filed by 26-year old Gregory Selden. After Seldon’s request was denied by a host in Philadelphia, P.A., Seldon created two fake profiles and used them to apply to the same listing.

Both of those requests were accepted. Both requests also happened to come from profiles with a white photo.

#AirbnbWhileBlack made a fake profile as a white guy and was accepted immediately. pic.twitter.com/miUWG3OvQV

When Selden took to Twitter to share his story, timelines were soon flooded with others sharing similar stories, using the hashtag #AirbnbWhileBlack.

As BE’s Samara Lynn pointed out, a study from the Harvard Business School revealed that black Airbnb users are more likely to be racially discriminated against when requesting lodging. Requests from guests with black names were 16% less likely to be accepted by hosts.

Selden has said he intends to make his suit into a class action lawsuit.