Amanda Gorman made her mark as the youngest inaugural poet in U.S. history. (Image: BE file)

On Gorman’s Instagram account, she posted  “The first poet ever on the cover of @voguemagazine . I am eternally grateful & do not expect to be the last—for what is poetry if not beauty? What a joy to do this cover while wearing a piece designed by groundbreaking Black designer @virgilabloh that honors my heritage.”

According to her website, the American poet and author is the youngest inaugural poet in U.S. history. She reveals the downside of becoming famous while being featured in the iconic fashion tome.

Vogue reported that Gorman recalled how American Girl allegedly used her likeness in 2017, without her permission. According to the interview, Gorman had been booked to speak at an American Girl outlet to celebrate its annual “Girl Of The Year.” A doll named Gabriela McBride gained Gorman’s attention when she noticed that the doll’s backstory resembled her own.

Meet Gabriela McBride—our new #GOTY! She’s a true talent who gets creative for a cause. Learn more about her story: https://t.co/jPIraxudql pic.twitter.com/Ayd9gWnGDy

At the time, Gorman had already been named Youth Poet Laureate of L.A. (the first one ever) and was a known and admired figure on the national spoken-word circuit. The night before the event, the American Girl team briefed her on the biography of the doll. Gorman said to Vogue. “Gabriela loves the arts and uses poetry to help find her voice so she can make a difference in her community.”

It was also mentioned that Gorman has natural hair. Coincidentally, the doll is brown-skinned with curly hair. Gorman said she grew up having a speech impediment. She also told Vogue that the doll was also a Black girl with a speech impediment. Gorman further explained that she still participated in the unveiling event, because she felt like if she backed out of the event, she “would have been failing the girls who would have this Black doll.”

During the discussion with the magazine, the poet also stated that when advertisements for Gabriela crept into her view, or when she received texts from friends who told her that they had seen her doll, Gorman reflected on the experience with the doll. But a new concern grows with Gorman’s popularity.

Blavity reported that since performing “The Hill We Climb” at President Joe Biden’s inauguration in January, Gorman received an avalanche of endorsements, job opportunities, and book sales. However, she is trying to be more judicious about which opportunities receive her commitment.

American Doll reportedly told Vogue that the doll was not styled after Gorman. 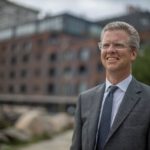 Shaun Donovan Helped Lead The U.S Out Of The Housing Crisis, Now He Wants To Lead NYC Out Of the Pandemic

FacebookTwitterYoutube
← Settle Your Tax Debt In This Most Affordable and Ethical Way With This Service ← Shaun Donovan Helped Lead The U.S Out Of The Housing Crisis, Now He Wants To Lead NYC Out Of the Pandemic
×
'