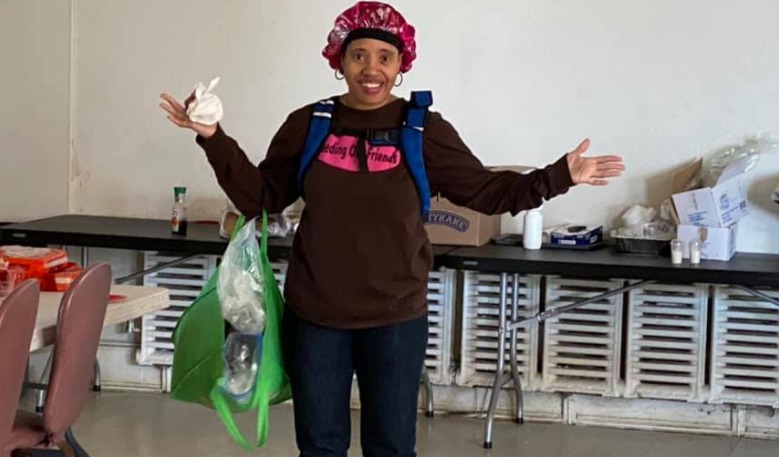 Artoria "Dee" Frazier was an active volunteer who died from an apparent murder-suicide. She was killed by her husband in N.J. Image- Facebook

Artoria “Dee” Frazier, 48, was a beloved nonprofit founder and active volunteer who died in an apparent murder-suicide, The Courier Post reports.

New Jersey State Police said that troopers discovered Frazier and her husband, Wayne Hylton, 54, dead after showing up at their home at Lenox Drive in N.J.

Frazier was known for being involved in supporting numerous charitable causes. According to Women With Voices Charity Inc.’s website, the nonprofit was founded by Frazier in 2010. It stated that Frazier’s philanthropic start began by coordination of an inaugural back-to-school event in Brooklyn, New York.

The late nonprofit founder worked to help her community which was riddled with drugs and violent crimes with little community support. She was interested in giving back to a variety of people from low socio-economic backgrounds, according to the website.

“It is with great sorrow we learned Artoria Dee Frazier, Founder & Executive Director of Women w/ Voices Charity, passed away. She’s been a compassionate & enormously generous contributor since 2018, bringing thousands of meals to our door. Her memory will continue to inspire us,” Rescue Mission tweeted.

According to reports , the active volunteer pitched in feeding homeless and hungry individuals in Camden and Trenton, and also helped children in need.

“If everybody in this world could live one day like she lived her life, feeding people and doing good,” said Adrienne Wagner of her friend Artoria “Dee” Frazier, in an interview with The Courier Post,  “this world would be a better place.”

A Brooklyn funeral home handled Frazier’s  memorial service on June 8. Frazier left behind two children— Torian Hylton, and a daughter, Taylor Hylton. According to Police an investigation about the apparent murder-suicide is ongoing.