Angela Davis Documentary Picked Up By Will Smith, Jay-Z 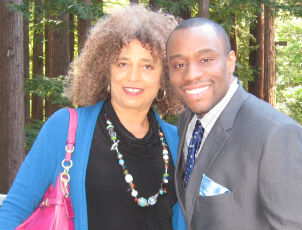 Free Angela and All Political Prisoners, a new film by Shola Lynch, in which Angela Davis, 68, speaks openly for the first time in forty years about the tumultuous events of her twenties, debuted at this week’s Toronto International Film Festival.

Jada Pinkett Smith and Will Smith, who introduced the doc at the festival, just announced that their Overbrook Entertainment has partnered with Jay-Z’s Roc Nation as executive producers of the documentary about the scholar who came to embody Black power and Black radical feminism.

It’s a wonder that Davis’ trial hasn’t been brought to the big screen before. Two months after the 26-year old was fired from her assistant professorship at UCLA because of her affiliation with the Communist Party; and her vocal support for three California inmates known as “the Soledad Brothers,”; the state accused her of being involved in a plot to help famed Soledad Brother, George Jackson,Â a Black Panther and communist intellectual break out of San QuentinÂ prison.