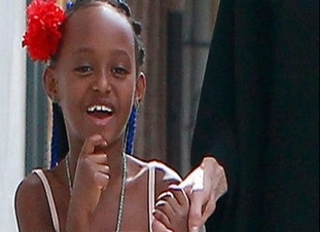 Zahara, the seven-year-old adopted daughter of Angelina Jolie and Brad Pitt, will make her acting debut beside her mom in the upcoming film Maleficent.

Her four-year-old sister, Vivienne, and her eight-year-old brother Pax also have roles in the film.

Maleficent is based on Sleeping Beauty, but tells the tale from the perspective of the villainess. Angelina Jolie plays the title role.

Who are some of your favorite child actors?