Ann Coulter: 'Civil Rights is For Blacks, Not Gays' 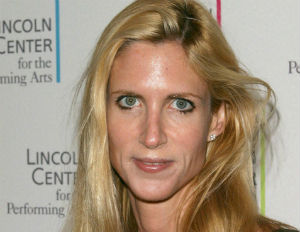 Conservative commentator Ann Coulter has sparked controversy again with comments she made this past weekend on ABC.

Coulter told ABC “This Week” that civil rights are only for blacks.

“We don’t owe the homeless. We don’t owe feminists. We don’t owe women who are desirous of having abortions, or gays who want to get married to one another.” She said that “much of the left…dropped the blacks after five minutes” to argue for “civil rights” for other groups of people.