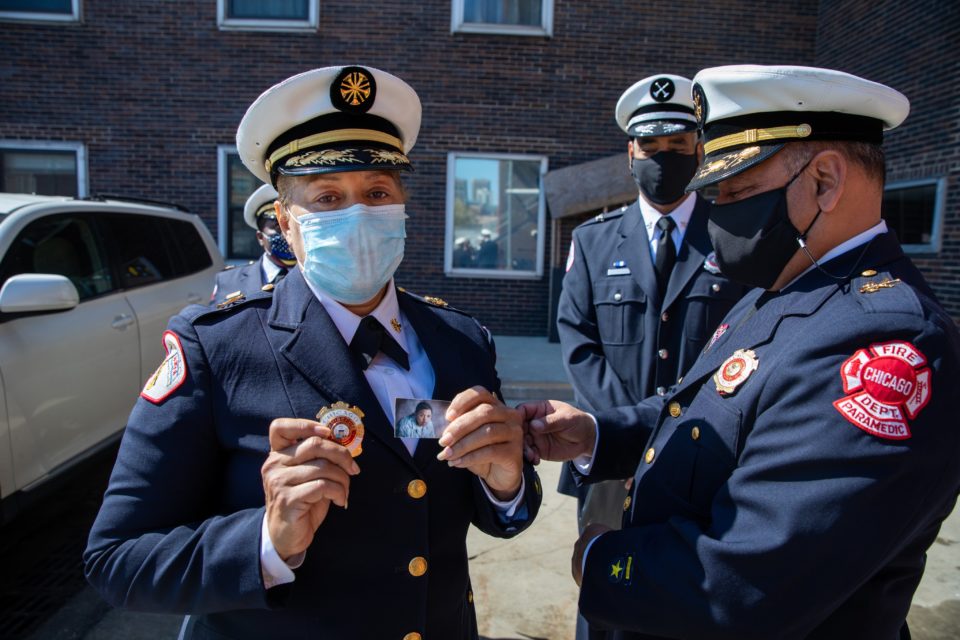 Annette Nance-Holt (L) is the first Black woman to be named Commissioner of the Chicago Fire Department. (Twitter/@chicagosmayor)

Nance–Holt has been a member of the CFD for more than three decades. She was named first deputy commissioner in 2018 and has served as acting commissioner since former commissioner Richard Ford retired earlier this year.

Nance-Holt was nominated for the position by Chicago Mayor Lori Lightfoot at a graduation ceremony for a new class of fire department paramedics in May.

“Commissioner Holt has more than three decades of proven leadership and a passion for public service that makes her the perfect fit for this role,” Mayor Lightfoot told reporters last month. “Furthermore, in a time where more work remains in order to eliminate discrimination, racism and sexism from the firefighter profession, Commissioner Holt’s history-making appointment as the first woman and Black woman to lead as Fire Commissioner couldn’t have come at a better moment.”

During her long career, Nance-Holt has had to deal with a wide range of issues including tragedy. In 2007 her son Blair was shot and killed on a local bus while shielding a classmate from gunfire.

Nance-Holt along with Pam Bosley, who also lost her son to gun violence created Purpose Over Pain, a support group for Chicago area parents who lost their children to gun violence.

Nance-Holt will now take over a fire department city Inspector General Joseph Ferguson noted was “overwhelmingly male and white with a history of mistreatment towards minorities and women,” in an audit  released in April.

In 2011 Chicago paid out $45 million to compensate thousands of African Americans who lost a shot at becoming a Chicago firefighter because of a discriminatory hiring test. In 2016, the city paid $3.8 million to a separate group of African American women who as part of their hiring were forced to try to pass a Fire Department physical strength test that was unfair.