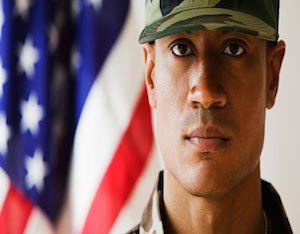 The United States Army found themselves on controversial footing after it’s “Army Command Policy” was revealed and reported on back in October.

CNN chronicled the story where the Army document was spotlighted. In it, a section on “race and ethnic code definitions” was exposed which read, “A person having origins in any of the black racial groups of Africa. Terms such as ‘Haitian’ or ‘Negro’ can be used in addition to ‘Black’ or ‘African American.'”

Almost immediately after being lambasted on social media by concerned Americans, the document was updated and the section removed. Known as regulation AR 600-20, the regulation was originally contained in the October 22 “Army Command Policy”. The U.S. Army did not have a comment at the ready when journalist from The Huffington Post contacted them Thursday afternoon (Nov. 6).

Lt. Col. S. Justin Platt did speak with CNN on Wednesday, acting as a spokesman for the United States Army. In his sit down with the network, Platt said that the racial definitions were “outdated, currently under review, and will be updated shortly.” In related news, the U.S. Census Bureau also shared with Americans that they would no longer use the term “Negro” for its 2014 forms.

This is another addition to claims that have caught the Army under the gun after enlisted members have taken umbrage with their rules. Earlier this year, African-American women were outraged after the Army issued updated rules regarding acceptable female hairstyles. Styles such as braids or twists were called “matted” and “unkempt” by the U.S. Army. Defense Secretary Chuck Hagel immediately announced that the Army would revise the rules to allow these hairstyles into their companies.