Artel J. Great is a Visionary With a Deep Sense of Responsibility 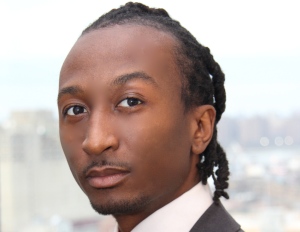 Already an entrepreneur, Great has designed and foundedÂ ProjectÂ Catalyst, a transmedia organization that combines creative community building practices with cinema, visual art, music, and technology. With the recent launch of the Project Catalyst App, there is no telling which direction Great will be heading when he gets off running.

BlackEnterprise.com recently spoke with Artel about innovation, his drive to succeed, Â and being a visionary.

BlackEnterprise.com: You are the founder of Project Catalyst. Explain what the company is and describe your role.

Artel J. Great: Project Catalyst is a media platform that uses technology to provide access to alternative entertainment. We specialize in showcasing groundbreaking artists who are creating from diverse humanistic perspectives in film, music, and visual art.Â  Our mission is to offer a space for the expansion of multicultural media visibility.Â  I’m responsible for the overall vision of the company and for overseeing business operations.Â  I’m also the inventor of the Project Catalyst app, which allows users to watch amazing multicultural films, music videos, and documentaries on their smartphones or tablets on both Apple and Android devices, and I serve as the chief curator of the content we program into the app.

You were announced as the 2014 recipient of the Cinema Research Institute Fellowship for innovation. Congratulations! What does this mean, and how will this achievement help you in your line of work?

Thank you! The CRI fellowship means that executives in a film think-tank believe my ideas are cutting-edge and promising enough to nurture. It also means that I have financial support for one year to test an innovative model in the market, which will help procure long-term funding to secure the company’s growth.

Why did you choose a career in film?

I realized film’s ability to impact the viewer’s vision of possibilities. A good film is like a direct portal into memory– a waking dream. Film helps us understand the human experience so we can figure out who we are in the world. And since I’m committed to critical intervention through creative engagement, I understood that film could be a powerful tool to rally an advancement of consciousness.

The funny thing is I never set out to be valedictorian.Â  I was just determined to do my best and work to the highest of my ability.Â  When I was told I would be valedictorian and that I was the first black person to achieve that distinction, I was humbled. That wasn’t my objective, but it happened and I’m grateful.Â  I earned it.Â  It’s historic.Â  In terms of awards, I don’t really focus on that.Â  I focus on doing my work.Â  Making a positive contribution. That’s what I think about– what can I give of myself to make a contribution to our culture?Â  If I’m blessed to win more awards I’d be grateful to accept them in the spirit of the ancestors who sacrificed so much for me to even have an opportunity.Â  They’re my motivation.