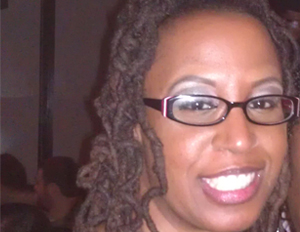 When Kristina Parker thinks back to why she and Mae Beasley become close friends, she doesn’t immediately reveal it was due to what they had in common: They were both single mothers. She’s not ashamed or forgetful. Instead, what they found in other far exceeded the boundaries of friendship, the confines of support.

“If you happen to be working as a single mother then there’s this idea out there that everything should be fine for you,â€ says Parker, “when it reality it’s not.

“She really knew how difficult it is being a single parent and how there weren’t any programs or a support system in place to address the needs of the working single parent, and we wanted to build that community.

What started as a friendship based on support turned into action. Together they started the organization R.O.K.S. (Raising Our Kids Solo) to build awareness and support for single parents. After several challenging years and different iterations of the idea, R.O.K.S launched again in 2011. “We look forward to soon championing the cause of single parent families everywhere.â€

Parker processes and evaluates grants applied for by governmental agencies and non-profit organizations for Laurel Consulting Group in Rosslyn, Va. She served in the military and has worked in the private sector and in non-profits for 17 years. She joined the Marine Corps in 1986 and was honorably discharged in 1993.

“There are a wide array of programs for parents who are on some type of government assistance, and that is fine because some people actually need that help, but there didn’t seem to be anything in that nature for the working single parent,â€ says Parker.

R.O.K.S. is seeking to build resources to help single parents find affordable child care, legal and medical assistance, socializing — and even a create a safe space for single parents to come and vent their frustrations. “Sometimes that’s all you need,â€ Parker affirms, alluding to how it helped her. “You know the problem won’t get solved during that particular block of time, but you at least will be able to let off steam to a group of people who know exactly what you’re going through.â€

As for the stigma of single-parent families, Parker’s ability to articulate a new framework will be instrumental in helping her land investors. And R.O.K.S. isn’t just for mothers. It’s for fathers, too. “A lot of single parent families are borne out of divorce, a non-marital relationship dissolving or death. You hear stories sometimes like that of LaShandra Armstrong who drove herself and her four children into the Hudson River because she was not getting help from her children’s father. No one should have to feel that alone and despondent and think taking their life and the lives of their children is the only way out.â€

R.O.K.S. want to seek the permission to establish a scholarship in Armstrong’s name because she was she working and also going to school. “We started R.O.K.S. for people like LaShandra,” Parker says.

As for hearing that she was the runner-up for the sweepstakes, Parker is still pinching herself. “I kept reading the email informing me that I had won to make sure it wasn’t spam.

“This will definitely help us in moving forward and doing what is necessary to help single parents everywhere. I thank Black Enterprise for the Small Business University and the invaluable information I received and for the awesome prize package to help takes R.O.K.S. to the next level.”

FacebookTwitterYoutube
← How Brands Can Tweet Smarter, Not Harder ← The Uncertain Future of the Kingsbridge Armory
×